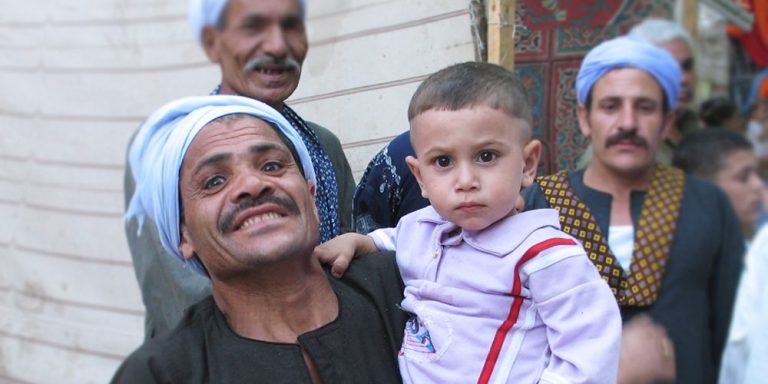 Islamist extremists have intensified their targeting of Egyptian Christians with an on-going series of violent acts by individual or groups of militants. But they have also suffered more than 100 fatalities arising from three Daesh (ISIS) large scale ‘enormous and spectacular attacks’ in December 2016 as well as April and May 2017.

Islamist extremists have intensified their targeting of Egyptian Christians with an on-going series of violent acts by individual or groups of militants. But they have also suffered more than 100 fatalities arising from three Daesh (ISIS) large scale ‘enormous and spectacular attacks’ in December 2016 as well as April and May 2017.

Coptic Catholic Bishop Kyrillos William spoke to ACN after the December 2016 attack: “The fear remains. The Islamic State has announced further attacks, which means that it is still possible.” Bishop William also thanked all those who had shown “solidarity and sympathy”.

ACN also spoke to a source that asked to remain anonymous for security reasons in January 2017, he said: “Every day we hear about a fight, a revenge… Al Saed is full of these extremists.” Al Saed is a region in southern Egypt, covering the south of Cairo, the Suez Canal area and the Sinai Peninsula. The source also warned of an underground extremist threat in the country. He said: “There are also some people called the sleeping cells. “These are the people who look law abiding on the outside, but when they have a chance they will wake up and be more [violent] than the extremists themselves”.

On the 11th December 2016, a Daesh suicide bomb at St Peter and St Paul Coptic Orthodox Church, next to St Mark’s Coptic Christian Cathedral in Cairo killed at least 29 people including six children and injured dozens. Daesh stated on social media that the attacks would continue against “every infidel and apostate in Egypt, and everywhere”. But the attack galvanised Egyptian and international support for Christians. On the 9th April 2017 there were two suicide attacks that day in Egypt, which left 44 dead and more than 120 injured at St George’s, Tanta and St Mark’s, Alexandria – both Coptic Orthodox churches.

On the 26th May 2017, at least 28 people were shot dead – several executed with a single shot to the head – and wounding 23 others travelling by bus to St Samuel Coptic Orthodox Monastery in Egypt. According to Egyptian authorities, ten extremists shot the men when they refused to recite the shahada, the Islamic declaration of faith and then shot at men, women and children. Egypt’s President el-Sisi stated that this attack against Christians “will not go unanswered” and repeated his call that countries which finance, train or arm extremists be punished. Ahmed al-Tayeb, the grand imam of Sunni Islam’s al-Azhar University described “this brutal terrorism” as an attempt to destabilise the country. Pope Francis sent his prayers for this “barbaric attack” in his message to Egypt’s president and people.

Bishop William spoke to ACN following the April 2017 attack expressing his concerns for the protection of Christians and the “need for increased security for the 550 churches in Assiut… thank God, nothing has happened here so far but we are too little prepared for such events.” The bishop said that despite ongoing attacks against Christians they would not leave the country en masse, as they have in Iraq and Syria. He said: “The people feel a close bond with their country and all of them see themselves as Egyptians – whether they are Christians or Muslims.”

Egypt’s cabinet approved a three-month state of emergency in response to the April bombings. But some media reports suggest that the Copts believe their trust in President al-Sissi is misplaced after they become targets for extremism. Jesuit Father Thomas Reese, chairman for the US Commission on International Religious Freedom report in 2017 noted that the situation in Egypt shows limited improvement . He said: “We see positive steps by the government of President el-Sissi with engagement” with Egypt’s Coptic Christians. But he added: “USCIRF remains disappointed, against a dismal human rights situation and increasing attacks by Daesh-affiliated groups.”

Father Samir Khalil Samir, Egyptian Jesuit priest and a professor in Islamic studies at the Institute of Oriental Studies in Rome spoke to ACN as Pope Francis was about to visit Egypt in April 2017. He said that more Muslims should speak out against atrocities: “They lack the courage to say that these people should be arrested. Instead of that they say: ‘It has nothing to do with Islam,’ which resolves nothing. ‘But in their heart of hearts, the majority of Muslims say, ‘No, it is shameful’.” After the papal visit, he was encouraged by the Vatican’s improved relationship with al-Azhar [Sunni University] in Cairo, but acknowledged that: “Daesh will not listen to whatever the pope says”. But added that the inter-faith bond may assist developing that “only peaceful means are acceptable, it will help some Muslims to go along this line – to be nonviolent. The main thing is change the mentality of Muslims, especially of the teaching of Islam, which is mainly the teaching in al-Azhar”. He raised concern about “in the last five to six years, a new element, the militarization of radical Islam”. The Jesuit priest is reported as blaming the US and some European countries for providing arms to Saudi Arabia and Qatar that finance Islamist extremists. He added: “The problem is much larger. It’s a question of rethinking Islam”. An example of this concerning arms trade was highlighted by the Catholic-Protestant Joint Conference on Church and Development report that called it “completely unacceptable” that weapons valued at €760 (£660) million were sold to Saudi Arabia in the first six months of 2016.

Human Rights Watch flagged concerns about persecution of Christians. Its 2015 report noted that despite Egypt’s 2014 constitution guarantee of freedom of religion and the rights of minorities the authorities continue to peruse charges of “contempt of religion” and “blasphemy”. Its 2016 report notes that the Egyptian Initiative for Personal Rights group documented 51 sectarian attacks since the 2011 uprising which were “resolved through ‘customary reconciliation’, an extrajudicial process sponsored by the security services that does not abide by Egyptian law and often allows the security services to impose conditions on Coptic Christians.”

February 2016: Four Coptic teenagers were convicted of blasphemy after a mobile phone recording appeared to show them mocking Muslim prayers. Three teenagers, who were between 15 and 17 when the recording was made, were sentenced to five years imprisonment. The fourth, youngest member of the group was sent to a juvenile detention centre.

June 2016: More than 80 Christian families in Al-Beida, a village near Alexandria, were left homeless, after a mob torched their houses. The attack followed rumours that a building owned by a Christian man was being turned into a church.

June 2016: June 2016: Coptic Orthodox priest Father Rafael Moussa was shot dead outside the Church of the Martyrs, St George’s in Sinai. The priest was outside a motor garage near his church in El Arish, northern Sinai, when a masked gunman killed him. In a video posted on social media, Daesh claimed responsibility for the murder and described Father Moussa as a “disbelieving combatant”. According to Coptic Orthodox officials, eight members of the church have been killed since 2013.

August 2016: A new law – backed by the Coptic Catholic Church, the Coptic Orthodox Church and Evangelicals – gave local governors the power to permit the construction of new churches. Previously, permission from the President was required. The new law still restricts the size of new churches according to the number of Christians in the neighbourhood. But there are no similar restrictions governing the building of mosques.

January 2017: Over the course of 10 days, four Christians had their throats cut by extremists. Among the victims were Gamal Sami Guirguis and Nadia Amin Guirguis who were killed in bed on 6th January 2017 in Monufia Governorate, northern Egypt, 53 miles (85 km) from Cairo. Two days earlier in Alexandria, Youssef Lamaei, a merchant, had his throat slit outside his shop. He was targeted by a Salafist extremist shouting “Allahu Akbar”. A fourth victim, Dr Bassam Safouat Zaki, died after receiving suffered multiple stab wounds to his chest and throat in his flat in Assiut, 230 miles (370 km) south of Cairo.

February 2017: A 20-minute Daesh video appeared on YouTube calling on militants to harass and murder Christians. It described Christians as “worshippers of the Cross… infidels who are empowering the West against Muslims nations” The video referred to Coptic Orthodox Pope Tawadros II and a number of wealthy Christian businessmen as Daesh’s “favourite prey”.

May 2017: Father Rafic Greiche, spokesman for Egypt’s Coptic Catholic bishops , said Pope Francis’ historic visit to Cairo was “a message of love, peace and hope”. He said: “The Pope’s visit was a big blessing to the Egyptians, both Muslims and Christians. It boosted the morale of the Egyptian people, especially after the Palm Sunday blasts”. 3,000 young Catholics from across Egypt travelled to Cairo in an ACN project to welcome Pope Francis.

June 2017: The Faculty of Dentistry in Al-Azhar University accepted what is believed to be the first Christian for a residency training programme in medicine. The dean stated: “Many Christians have taken part in training courses organised [by the university] over the past few years.” A spokesman for the university differentiated between a student and a resident: “There is no text that prevents any Egyptian from studying at Al-Azhar, but the conditions for enrollment can only be met by Muslims. Will Christians memorise the Quran so they can study at Al-Azhar? That won’t happen, so the education system at Al-Azhar is not suitable for Christians, as the conditions for enrolling are hard for them and we cannot remove the Islamic education modules or exempt Christians from having to take them.” He added: “But the residency is practical training in a subject the student has already mastered, and students joining the university for residencies don’t study Islamic modules”. Parliamentarian Mohammed Abu Hamid called for Christians to have the same rights as Muslims and for Al-Azhar’s scientific colleges to be brought under the jurisdiction of Egypt’s Higher Council for Universities.

July 2017: A soldier was beaten to death after superior officers learned he was a Christian. Joseph Reda Helmy had just been transferred to Al-Salaam Special Forces police unit after finishing his training. His cousin Youssef Zarif who went to collect the body, was initially told by an officer that Helmy had died of an epileptic seizure. According to Mr Zarif an examination of the dead man’s body revealed bruising on the young soldier’s head, shoulders, genitalia, neck and back – where the injuries were worst. At time of writing in late July 2017 three officers were in custody in connection with the death.