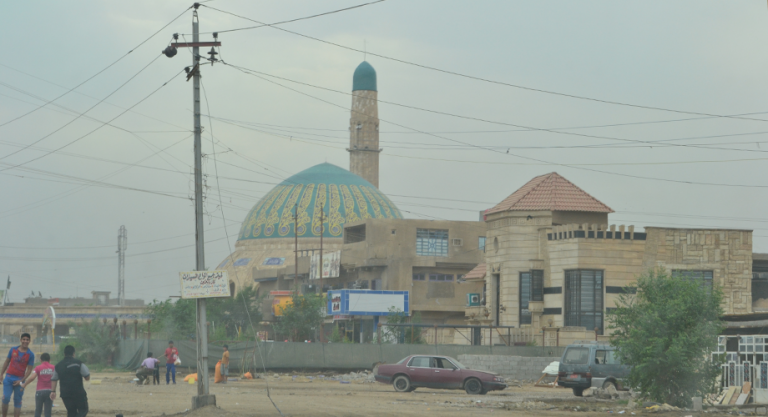 A Christian source, who has travelled extensively in Iran, told Aid to the Church in Need about the regime’s “rising… insidious persecution against the Church in Iran”. He said: “All these measures of intimidation and disruption have [had] a cumulative effect, causing a marked deterioration in religious freedom for the [Catholic] Church in the last six months”. The source, who asked to remain anonymous, added: “Iran is becoming liberal in every way but religion.” He added: “Iran is beginning to open up – tourists will go [there] in years to come. [But] churches are being destroyed.”

The Islamic Republic of Iran is ruled by the supreme leader Ayatollah Seyyed Ali Khamenei in accordance with a theocratic legal system based on Islamic and secular law. Despite constitutional recognition of Christians, reports of oppressive treatment of Christians by the state over the last two years, including in connection with the presidential election in May 2017, appear to be growing in Iran. There were reports of Church property being confiscated in March 2017, the first time this has happened since the 1979 Islamic revolution. This has prompted Christians to fear further discrimination. The building was handed over for use by the Iranian military. ACN’s source said: “The government consficated Church lands. This property was originally a school run by the Vincentians but it was closed after the Islamic revolution in 1979. The Vincentians realised that to prevent the land from being conficated they had to close the school. The property was later used as a church, perhaps five years ago.”

The United States Commission on International Religious Freedom (USCIRF) 2017 report has continued to designate Iran as a Country of Particular Concern (CPC) under the International Religious Freedom Act (IRFA), because the “government of Iran [is] engaged in systematic, ongoing, and egregious violations of religious freedom, including prolonged detention, torture, and executions based primarily or entirely upon the religion of the accused.” The report’s findings add highlights ongoing persecution of Christians and other minorities in the country: “Severe violations targeting religious minorities – especially Baha’is, Christian converts, and Sunni Muslims – [has] continued unabated.”

The Iranian constitution (article 13) states: “Zoroastrian, Jewish, and Christian Iranians are the only recognised religious minorities, who, within the limits of the law, are free to perform their religious rites and ceremonies, and to act according to their own canon in matters of personal affairs and religious education.” A Qur’an passage requiring Muslims to “deal kindly and justly” [60:8] with non-Muslims is mentioned in article 14 of the constitution, which states that Muslims are “duty bound … to respect the human rights… of all who refrain from engaging in conspiracy or activity against Islam and the Islamic Republic of Iran.” Under article 64, Christians have three seats within the 270 of the Islamic Consultative Assembly: “The Zoroastrians and Jews will each elect one representative; Assyrian and Chaldean Christians will jointly elect one representative; and Armenian Christians in the north and those in the south of the country will each elect one representative.” Christian members of the assembly are required under article 67(2) to swear an oath “on their own sacred books” that includes the obligation to “protect the sanctity of Islam and guard the accomplishments of the Islamic Revolution of the Iranian people and the foundations of the Islamic Republic”.

Despite the constitution protection granted to Christians and other minority religions in Iran, the USCIRF stated in 2017 that “the government of Iran discriminates against its citizens on the basis of religion or belief, as all laws and regulations are based on unique Shi’a Islamic criteria. Under Iran’s penal code, it is a capital crime for non-Muslims to convert Muslims, as this is moharebeh (‘enmity against God’) and sabb al-nabi (‘insulting the prophets’).” The report continues: “Even some of the constitutionally recognised non-Muslim minorities—Jews, Armenian and Assyrian Christians, and Zoroastrians— face official harassment, intimidation, discrimination, arrests, and imprisonment.”

The report by the US religious freedom observatory also notes an escalation in anti-Christian measures in Iran: “During the year, there was an increase of anti-Christian sentiment in government-controlled and pro-government media outlets, as well as a proliferation of anti-Christian publications online and in print throughout Iran.” This intolerance extended to human rights lawyers who, having represented Christian defendants and others, were imprisoned for perceived criticism of the Islamic revolution or Iranian government. Others fled to avoid arrest. The USCIRF 2017 report calculates that between May and August 2016 “nearly 80 Christians were arrested between and released within days, but some were held without charge for months, and several remain in detention.” Reports of Christians being detained without charge continued through to the end of the reporting period.

ACN’s source also observed that the fear of being perceived as attempting to convert Muslims to Christianity has now taken a drastic turn. He said: “When priests see a new face, they have to speak to them and enquire if they are Muslim. If the answer is yes, the priests in Iran now have to ask them to leave [the church].” He said that until about the start of 2017 it was possible to bring a Muslim friend to a Mass in English language. But he said the Church “has had to ban Muslims from coming to Mass or even to the Church grounds on the basis that this is proselytising. Even an answer to a simple, general question posed by a Muslim can be interpreted as proselytising. Priests have to be constantly aware of it.”

The Christian source also observed: “Mass is not permitted in Farsi, the local language. But Syriac Christians are permitted to say Mass in the Syriac langauge (Aramaic). Not being able to say Mass in Farsi has led to the congregation being halved in number.” The source spoke about the “terrifying effect of the surveillance and intimidation by the Iranian secret police against the Church, causing foreign Christians to fear being expelled from Iran. This again highlights the marked deterioration occurred in the last two years. They are being bullied.” The source also described how some members of the clergy have repeatedly been denied an exit visa, and also mentioned an instance of burglary in a church, a gesture that is viewed as an effort to intimidate the Church.

January 2016: The US announced it had secured the release of Iranian-American Pastor Saeed Abedini and three other Americans in a prisoner exchange for seven jailed Iranians in the US. Pastor Abedini had been serving an eight-year prison sentence for “threatening the national security of Iran” in connection with his work in the House Church movement.

March 2016: Media reports suggest that Iran has one the fastest growing Evangelical churches in the world, estimated to have 450,000 followers.

November 2016: Three Azerbaijani Christians were released on bail after being remanded in custody following their arrest at a wedding in Tehran on 24th June. Also arrested was an Iranian Christian convert. The men were kept in solitary confinement for two months. They were banned from contacting their embassy and denied access to legal advice. This latter restriction appears to be contrary to article 35, Right to Counsel of the Iranian Constitution. They were charged with engaging in missionary activity and propaganda against the regime.

December 2016: A Christian convert from Islam had her four-year sentence extended by at least six weeks after leaving the hospital for a time in summer 2016 to receive medical care. She went on two hunger strikes after being denied treatment for her chronic health problems during her imprisonment. After working at an orphanage alongside Iranian-American Christian pastor Saeed Abedini, she was convicted of “propaganda against the Islamic regime and collusion intended to harm national security”. The USCIRF 2017 report estimated that as of December 2016, “approximately 90 Christians are in prison, detained, or awaiting trial because of their religious beliefs and activities.”

May 2017: The presiding judge at the Chamber of the Revolutionary Tribunal, Judge Ahmadzadeh , sentenced four Christians to 10 years on the 23rd May. The Christians – one Iranian called Nasser Navard Goltape, and three Azrebaijan nationals Yusif Farhadov, Eldar Gurbanov and Bahram Nasibov – all had been kept in solitary confinement in Tehran’s Evin Prison for two months even before being charged.

July 2017: Christian converts Pastor Yousef Nadarkhani, Mohammadreza Omidi, Yasser Mossayebzadeh and Saheb Fadaie were sentenced to 10 years in prison for “acting against national security” on Thursday 6th. Pastor Nadarkhani and Mohannadreza Omidi were also sentenced to a concurrent two years imprisonment. During the hearing, Judge Abolghasem Salavati, head of 15th Branch of the Revolutionary Court, stated in open court that “Christians make foolish claims.” The converts were arrested on 13th May 2016 as security service agents carried out searches of Christian homes in Rasht, the capital city of Gilan Province. Mr Omidi, Mr Mossayebzadeh and Mr Fadaie appealed against an additional sentence of 80 lashes, handed down for drinking wine during a celebration of the Eucharist. Pastor Nadarkhani has already served several years in prison on an apostasy conviction until his release in 2013.