Parts of Fiji’s main island are on course to disappear because of rising sea levels, according to the country’s archbishop, who warns it is now “a matter of survival” to help people affected by climate change.

Speaking in an interview with Catholic charity Aid to the Church in Need, he said: “We can see it with our own eyes – the ocean levels are increasing each year, so the island [of Viti Levu] is disappearing.”

Regarding the island’s population, estimated at 600,000, he highlighted the need for action to relocate people away from the rising sea waters.

“It is about our homes. Many of them will be under water in 50 years’ time.”

Referring to the rising tides, he said: “It’s not just a random event. On the contrary, in the coming years, people living in 34 coastal villages in Fiji face upheavals that will force them to relocate their homes, due to the rise in sea level.”

The archbishop added: “Pacific Islanders are suffering from the impacts of climate change. Climate change is a matter of survival.”

Archbishop Chong went on to highlight the impact of damage done to the environment.

He said: “Our islands are being devastated, our rivers polluted, our trees cut down. The result is that the fish are disappearing from our shores.”

The archbishop said that, in response to the ecological crisis, his priorities were “a question of respect for God and his creation and alleviating the pain of those who suffer”.

Highlighting the impact of climate change, he said: “How am I going to tell my people that they have to learn to live with this?”

He added: “My people are weeping. Who will dry their tears?”

Archbishop Chong explained that authorities have scheduled entire village populations to be moved from along the coast to areas inland, including hills and mountain regions.

He said: “Fiji’s government has identified these villages as susceptible to the effects of the changes in the next five to 10 years.

“One village in the province of Bua has already been relocated to Yadua and there are plans to move the village of Tavea soon.” 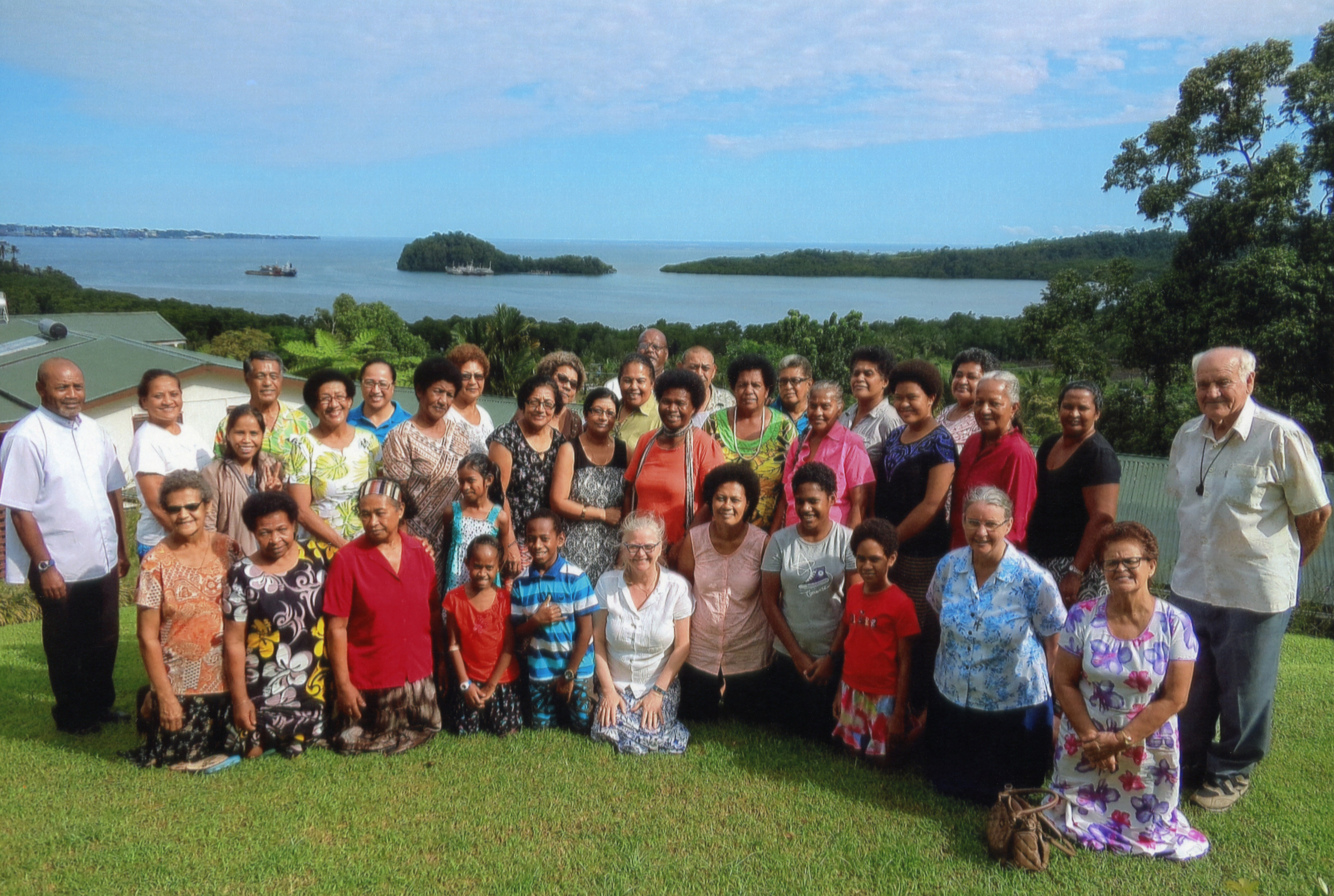 Group photo of Nazareth Prayer Centre for Christian meditation, Fiji (© Aid to the Church in Need)

The archbishop’s comments come after the third anniversary of Pope Francis’ encyclical, Laudato Si, which addresses climate change issues and calls for an “ecological conversion”.

The archbishop was speaking after attending a conference in Rome related to the anniversary of the encyclical.

Archbishop Chong said: “Ecological conversion doesn’t happen in isolation. The conversion also has to be something internal in the heart of each individual.”

He added: “Creation is a gift, but at the same time [it is] a responsibility that God has given us to take care of.”

Aid to the Church in Need is supporting the Church’s work in Fiji, including support for the Nazareth Prayer Centre in Suva Archdiocese.