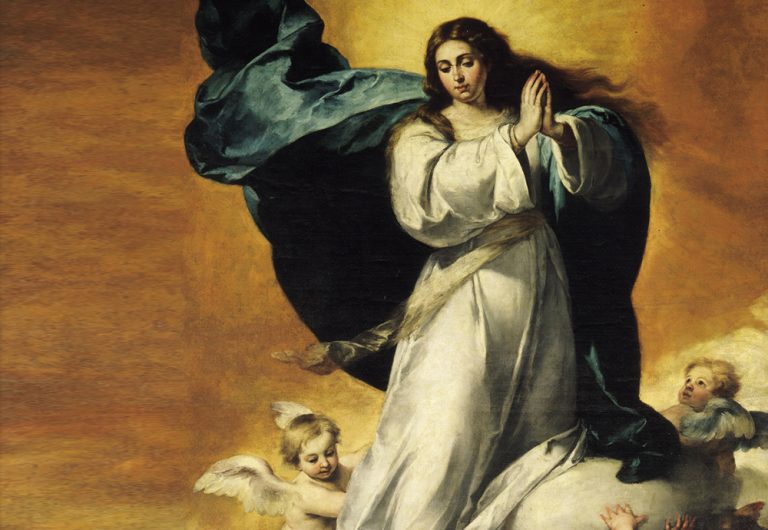 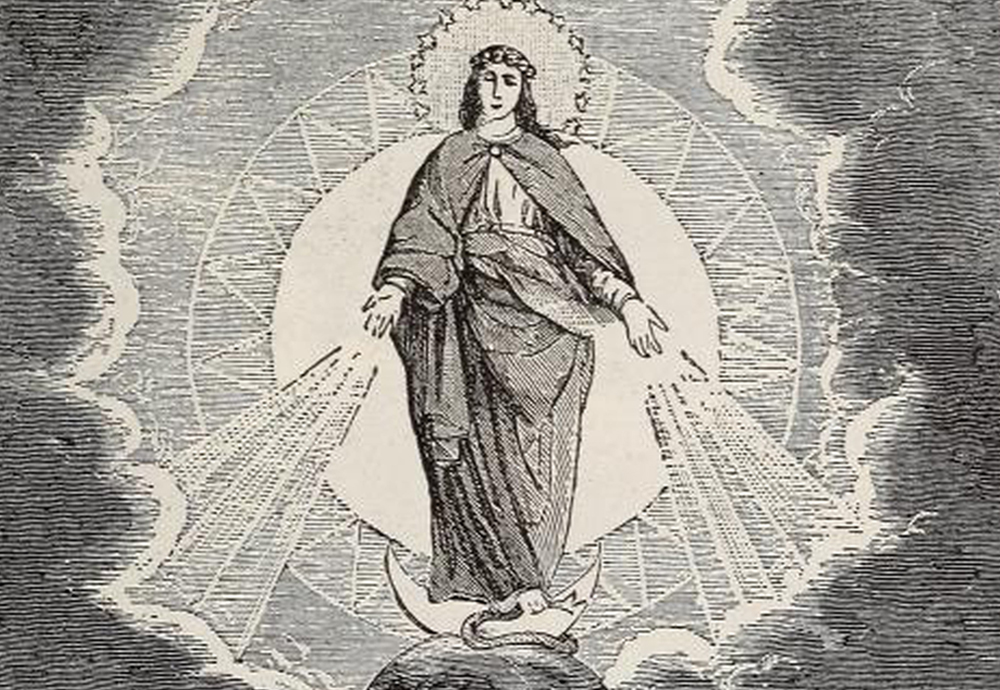 “O Mary conceived without sin, pray for us who have recourse to Thee.”  – Our Lady taught St Catherine Labouré the ‘Miraculous Medal’ prayer at the Rue du Bac, France, 1830.

During this season of Advent, Pope Francis reminds us that “Mary’s pure and simple smile [should] be a source of joy for each one of us as we face life’s difficulties.” He added that “the Lord does not leave us orphans: we have a Mother, the same one as Jesus. Mary takes care of us and always defends us.”

This Sunday’s reading offers to “speak to the heart” (Isaiah 40:1). Advent promises comfort and consolation to those willing to take this positive step in their journey by expressing our deepest desires for God to become manifest in our lives. Developing on the call not to “harden our hearts” which appears in the readings from the first Sunday of Advent, (Isaiah 63:17), the Holy Father suggests that veneration to the Blessed Virgin is a way or conduit to speak to the heart.

“I am the Immaculate Conception.” – Our Lady of Lourdes to St Bernadette Soubirous at the grotto in Massabielle, France, 25th March 1858

Mother of God, Mother of the Church and Mother for each one of us
The Feast of the Immaculate Conception celebrates the Blessed Virgin Mary being conceived in the womb of St Anne. Mary was born without sin as she was chosen to be the future mother of the Messiah. Her life of service to Christ is why she is identified in St Elizabeth’s own words as the “mother of my Lord” (Luke 1:43). St Elizabeth is called “righteous” by St Luke. (Luke 1:6)

The Catechism outlines the standard of humility to which each Christian must aspire to achieve greatness and salvation: “By her obedience, she became the new Eve, mother of the living.” (Catechism of the Catholic Church (CCC) 511) She was willing to give her life in service to the greater glory of Christ. “Mary said, ‘My soul magnifies the Lord’” (Luke 1:46). She is described by the Archangel Gabriel as being “full of grace” and is honoured with the title Mother of God.

The Prayer of Mary

The Magnificat: glorifying Christ’s love
The Magnificat is based on the Gospel of Luke (1:46-55). It outlines her sacrifice in homage to that of Christ’s greater magnificence. 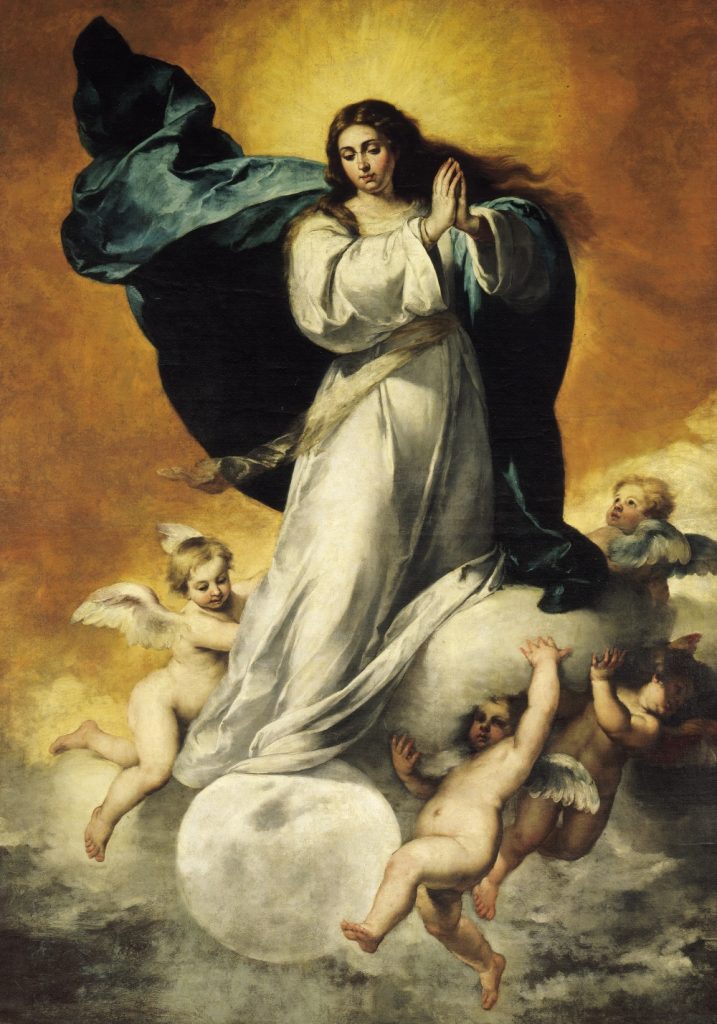 My soul proclaims the greatness of the Lord,
my spirit rejoices in God my Saviour
for he has looked with favour on his lowly servant.

From this day all generations will call me blessed:
the Almighty has done great things for me,
and holy is his Name.

He has mercy on those who fear him
in every generation.

He has shown the strength of his arm,
he has scattered the proud in their conceit.

He has cast down the mighty from their thrones,
and has lifted up the lowly.

He has filled the hungry with good things,
and the rich he has sent away empty.

He has come to the help of his servant, Israel
for he remembered his promise of mercy,
the promise he made to our fathers,
to Abraham and his children forever.

ACN is supporting Sisters inspired by the Blessed Virgin

Aid to the Church in Need is helping thousands of Sisters as they minister to the faithful around the world. They work to ensure that the faithful receive the Word of God as well as much-needed health care and education.

ACN’s “Gifts of faith” Christmas offerings detail the support given to religious Sisters around the world including Sisters of Servants of the Infant Jesus who run orphanages and nurseries in their convents in Sarajevo, Bosnia. Also, the Sisters of Jesus and Mary in Lahore, Pakistan are helping young women who have fled persecution by giving them medical care and practical training.

Annual spiritual retreats for religious Sisters in DRC, Africa
The charity is supporting the Sisters in their continued spiritual development, thereby ensuring that are able to draw on Christ’s strength in their daily lives helping others. Another example of the charity helping the Church in its pastoral role is an annual retreat for the Sisters of the Immaculate Conception (Soeurs de l’Immaculée Conception) of Inongo Diocese, Democratic Republic of Congo this August. The Sisters in the DRC pray for vulnerable people who suffer great exploitation and devote their lives to revealing the inner dignity to those who are the poorest of the world’s poor. 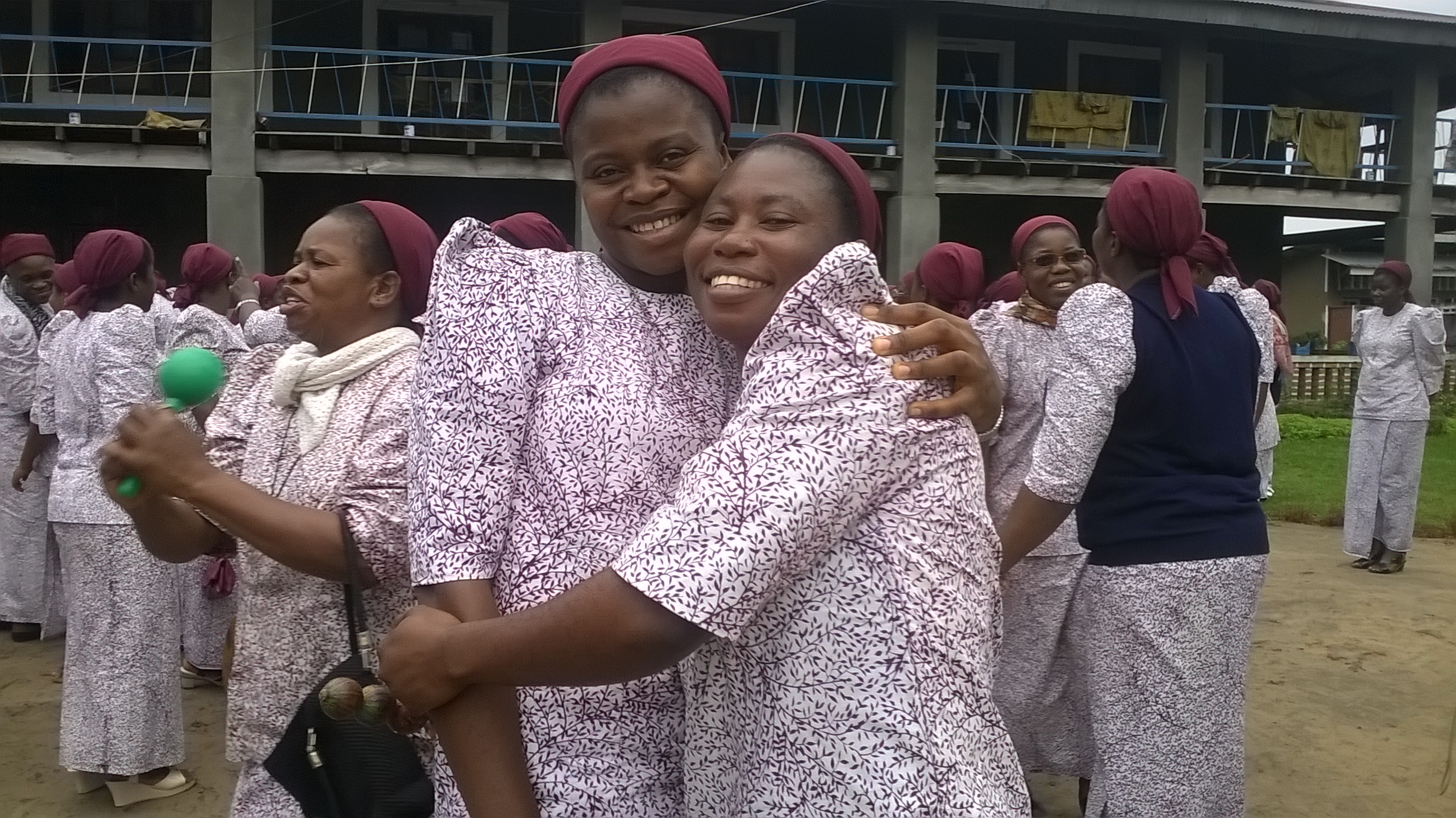 Annual retreat for the Sisters of the Immaculate Conception of Inongo Diocese, DRC

ACN helping the Church in its pastoral work while she is facing violent attacks in DRC
In February ACN reported on an increase in attacks against the Church in DRC. Cardinal Laurent Monsengwo Pasinya, the Archbishop of Kinshasa, spoke of arson attacks in Malole’s major seminary as well as “violent thugs, who have [also] sown terror among the Carmelite Sisters”.

Father Richard Muembo, rector of Christ the King Seminary, in Malole, spoke to ACN in April, describing how his seminary was firebombed by opposition forces in February after Church leaders refused to allow the seminary to be used as a military outpost. Despite such attacks against the Church, it has always sought to act as a peaceful mediator between political groups in the DRC. Fr Muembo said: “The Catholic Church is highly respected in this country because it has never let itself be co-opted by any political group.”

ACN continues to provide emergency aid for religious Sisters in the DRC, including the Daughters of Resurrection, who were forced to close seven of their convents in the Bukavu region, east DRC after some Sisters were killed in this region. It is against this background of suffering and tension experienced by religious Sisters and priests that all-important yearly spiritual retreats are held.

ACN’s benefactors helping the Immaculate Conception Sisters teach the children of Aleppo, Syria
Almost two thirds of families in Aleppo are surviving on less than £1.60 a day – and the other third are also living in extreme poverty. The charity is helping the Armenian Catholic Immaculate Conception Sisters to continue running the Al-Zababek Lady School in the Azizieh Quarter of Aleppo. Sr Ivone Yousef Bahdi, known as Sr Yoland, had this message for ACN’s benefactors:  “Thank you again for your care; all our thanks go to the noble donors.” 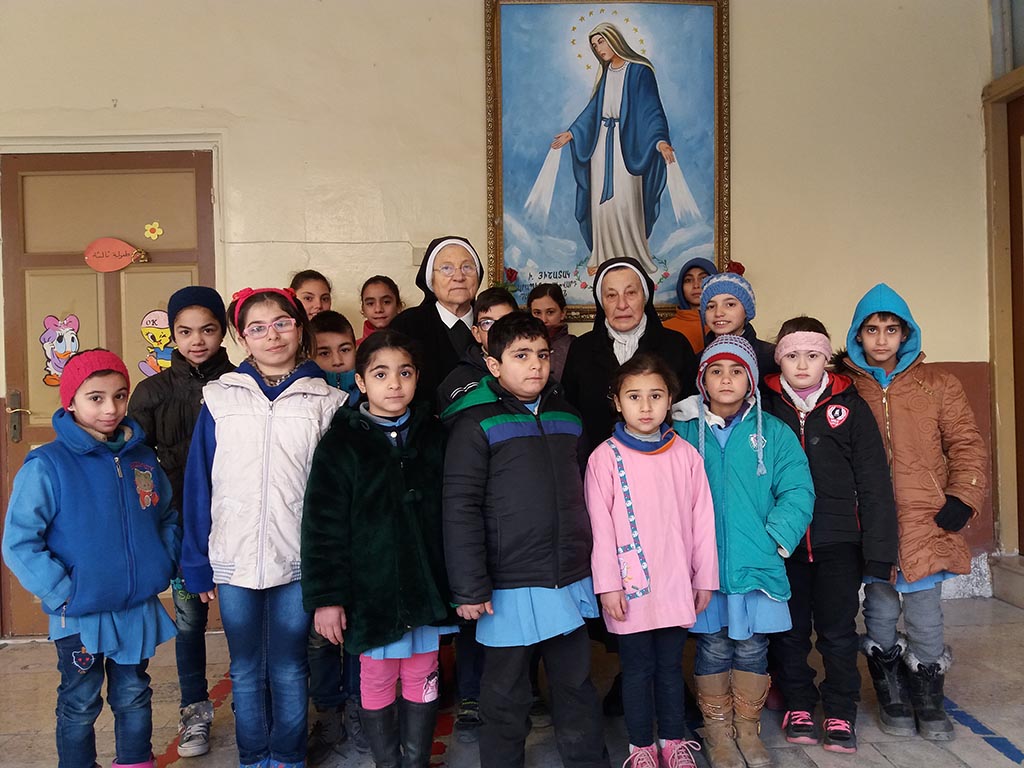 With the Blessed Virgin watching over them: Sr Yoland (left) and Sr Jemma (right) standing shoulder to shoulder with children in need in Aleppo

The charity is also backing projects in towns and cities across Syria including food packages, shelter, basic help for war widows and other forms of vital assistance, including food aid for 2,200 displaced families in Hassake and Aleppo provided by the Sisters of Jesus and Mary led by Sister Annie Demerjian.

St Gregory Nazianzen described the importance of the Blessed Virgin in his writings about Christ in “the wonder of the Incarnation”. He wrote that the Messiah “was conceived by the Virgin Mary, who had been first prepared in soul and body by the Spirit; his coming to birth had to be treated with honour, virginity had to receive new honour. He comes forth as God, in the human nature he has taken, one being, made of two contrary elements, flesh and spirit. Spirit gave divinity, flesh received it.”

Advent invites Christians to reflect on how Scripture foretells the birth of Christ: “O Bethlehem… from you shall come forth for me one who is to be ruler in Israel”. (Micah 5:2) In the New Testament, John’s Gospel proclaims the arrival of the Messiah: “The Word became flesh and dwelt among us, full of grace and truth; we have beheld his glory, glory as of the only Son from the Father.” (John 1:14)

Our Lady, in her “Fiat” – her “Yes” to the Angel – opened the door to the incarnation, which as St Gregory Nazianzen explains, is vital to our salvation, our possibility – with God’s grace – to escape the “sting” of death, to use St Paul’s image (1 Corinthians 15:55). St Gregory writes: “We needed God to take our flesh and die, that we might live. We have died with him, that we may be purified. We have risen again with him, because we have died with him. We have been glorified with him, because we have risen again with him.”