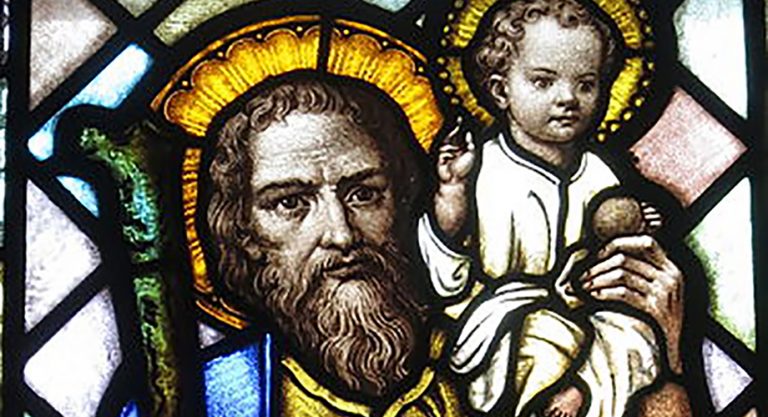 St Christopher is a Christian martyr. He died for the Faith under the tyranny of Roman Emperor Decius in 251 AD.

The name Christopher means ‘Christ-bearer’. One of the most famous stories about St Christopher is that he carried the Christ child across a river. As the saint crossed the river the child’s weight greatly increased, so much so that St Christopher found it difficult to make it to the other side. The child explained to Christopher that this weight was the troubles of the world he willingly carried on his shoulders. 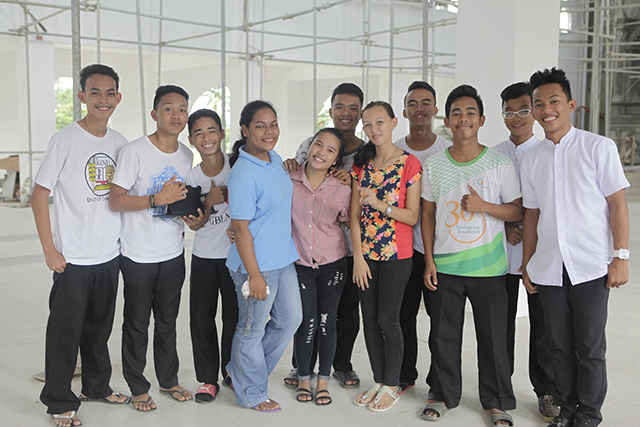 Around the world churches continue to be dedicated to this martyr saint. The above photo shows devout young Catholics helping in a practical way at St Christopher Magallanes Mission Station, San Jose, Ormac City. They welcome new visitors and help their fellow parishioners. One example of such support is to be seen of the Philippines. St Christopher Magallanes is one of ten churches in the Palo Archdiocese whose renovation is being supported by Aid to the Church in Need.

St Christopher suffered for his Christian faith in 251 AD

We should not be surprised that St Christopher is popular around the globe. He travelled widely and preached the Word to all that were willing to listen, including in Lycia, Asia Minor where Christians were being martyred. His preaching brought about a number of conversions to the Christian faith for which he was arrested and beheaded.

Today, Christians worldwide still suffer – it is not always because they are targeted for their faith – they also suffer as a result of natural disasters. 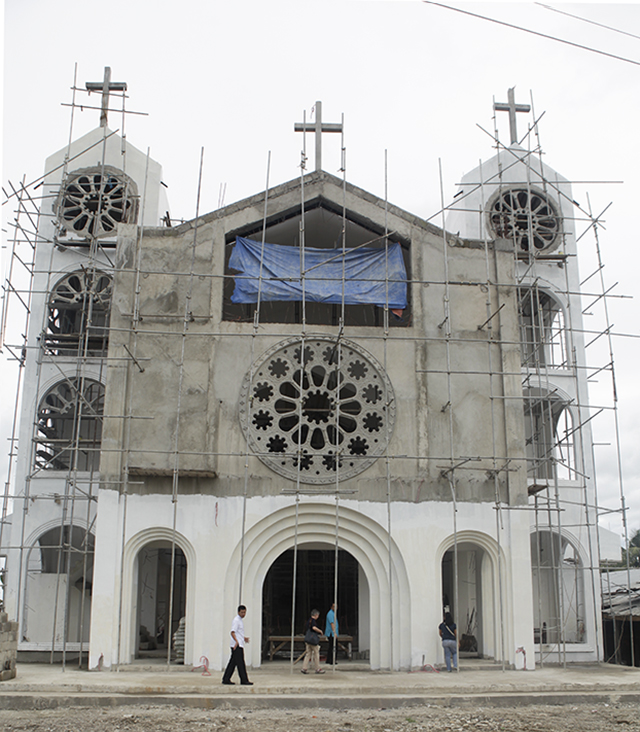 The above photo shows the exterior of St Christopher Magallanes Mission Station supported by ACN benefactors. In November 2013 super-typhoon Yolanda killed more than 10,000 people in the Philippines – and 72 of 76 churches sustained damage in the archdiocese of Palo. 10 had to be rebuilt because of the fierceness of the storm. Neville Kyrke-Smith, ACN UK National Director said: “The Philippines experienced an unprecedented level of devastation affecting thousands of families. Thanks to the ACN benefactors’ relief money sent to the Church in the Philippines emergency aid reached those families.” He added: “ACN is now involved in the building of a seminary in the Archdiocese of Palo of this devoutly Catholic country.”

St Christopher’s ultimate sacrifice for the Church hundreds of years ago was inspired by Christ. The suffering Church today faces difficulties in its struggle to help the faithful. The daily sacrifices made by ACN benefactors are a constant help to the our brothers and sisters. Their acts of generosity are an imitation of the compassion of Christ and St Christopher.