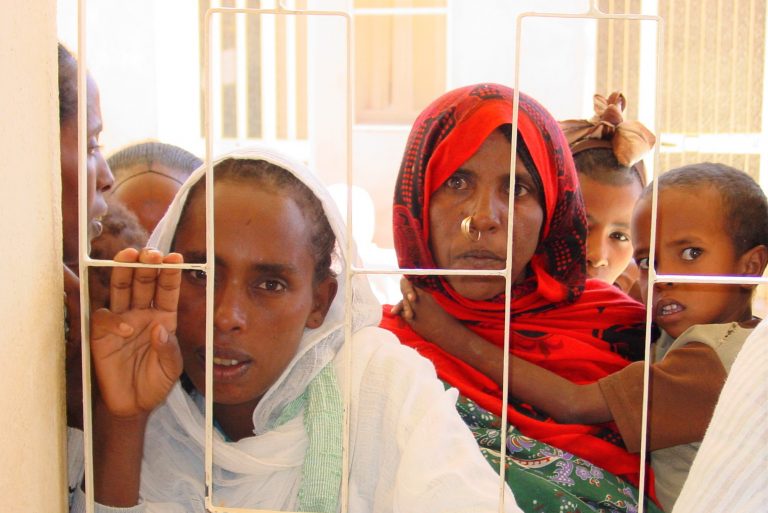 Thousands of sick people across Eritrea are being deprived of vital medical care after the government seized three hospitals, two health centres and 16 clinics.

Government soldiers forced patients from their beds and out of the clinics, and seized religious houses as they confiscated the 21 health institutes run by the Catholic Church, serving at least 170,000 people every year.

Sources close to the Catholic Church told Aid to the Church in Need that – unless the services were quickly resumed – people could die, with some walking up to 16 miles (25km) to access some of the clinics.

With the last of the week-long confiscations taking place on Tuesday (18th June), Eritrea’s four bishops condemned the action in a letter to Eritrea minister of health Amna Nurhusein.

The letter vows to refuse to cooperate with the confiscation programme – which in a stroke has closed down all the Catholic Church’s health service premises, some of them dating back more than 70 years.

Calling the move “deeply unjust”, the letter states: “To deprive the church of these… institutions is to undermine its very existence, and to expose its workers, men and women religious and lay people to persecution…

The letter, a copy of which was sent to Catholic charity Aid to the Church in Need, goes on: “We declare that we will not hand over our institutions of our own free will and nothing in terms of their equipment.”

A source close to the Church said: “The staff at some of the clinics refused to hand over the keys so the soldiers broke into them.”

The ACN contact added: “Our message to the government is simple – leave us alone.

“It is the duty of the Church to take care of the sick, the poor and the dying – nobody, not even the government, can tell the Church not to do its job.

“Our medical facilities were faithfully following the directives of the ministry of health and most of the time the ministry supervisors appreciated them very much.”

The Catholic source said that the government wanted to be the sole provider of medical care but that most people preferred Catholic-run institutes as state ones generally have poor equipment and a shortage of staff, with many seeking asylum abroad.

The contact said: “In providing these services, the Church is not competing with the government but is simply complementing what the government is doing.”

It is not clear if the regime intends to re-open the institutes later – the ACN contact said the Catholic health institutes the regime seized two years ago remained closed.

He appealed to the international community, including the UK government, to call on President Isaias Afewerki’s government to follow the path of reconciliation.

Amid growing popular unrest in Eritrea and groups within the diaspora pushing for political change, reports have suggested the closure of the health institutes could trigger further protests, possibly leading to violence.

Other reports have described how the health institutes’ closure coincided with the arrests of five Eritrean Orthodox priests from a monastery in the country’s Northern Red Sea Region, who were detained for allegedly protesting against government interference.