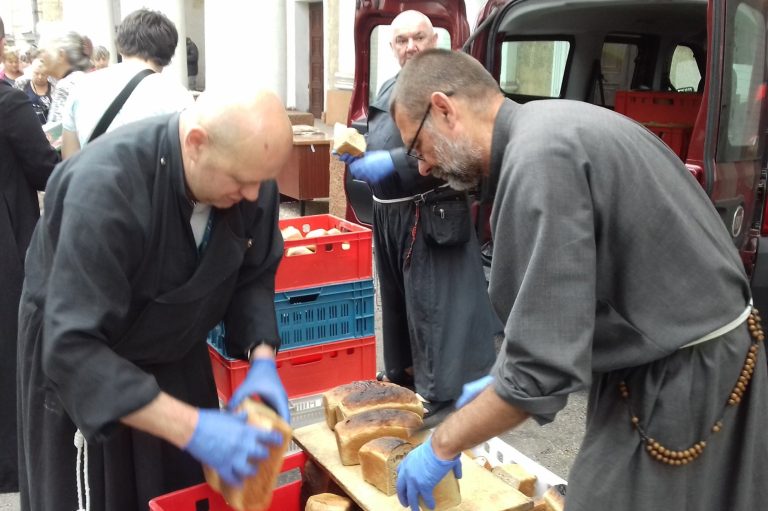 The superior of a religious congregation has described living through the Russian shelling of civilian areas during a visit to Ukraine.

Brother Franciszek Grzelka, the superior general of the Albertine Brothers, told Catholic charity Aid to the Church in Need (ACN) about an aerial bombardment on Zaporizhzhia which caused death and destruction close to the order’s house.

Brother Grzelka, who was in Zaporizhzhia delivering relief supplies, said: “During the last night of our stay, the area was hit by a direct missile attack.

“Between two and three o’clock in the morning, there were about 10 explosions in the city district in which our building is located. Several of these were very loud.

“The windows and walls of our house shook. As we later found out, a seven-storey building in the immediate area was destroyed.

“More than a dozen civilians were killed and about 50 were injured.”

Zaporizhzhia, capital of the Oblast (region) in south-east Ukraine, came under increasing assault throughout October, as Russian troops redoubled efforts to take the nuclear power plant more than 50 miles south of the city.

The city is still held by Ukraine, despite significant Russian military presence in the Oblast.

It is estimated that Russia controls 80 percent of the region, and on 30th September Russian president Vladimir Putin announced the Oblast had been formally annexed following a referendum carried out by occupying forces.

Brother Grzelka, who is based in Poland, told ACN the city was also targeted earlier in his mercy mission, although the Albertine Brothers were not directly affected.

He said, “There were a number of air raid warnings during the day and at night, but we did not hear any explosions in the immediate vicinity of our brothers.

“They told us that in the days before we arrived, the other side of the city, where they run their soup kitchen, had been under attack by missiles and drones.

“Brother Euzebiusz said that most of the attacks are launched at night, but there have also been explosions nearby when the meals were being served at about 10 in the morning.

“Luckily, none of the poor people were injured.”

Brother Grzelka told ACN that, since the war started, the brothers have been organising the transportation of food and other vital supplies – including generators and medical aid – to Ukraine.

He said: “Once a month, we carry out transports with two small lorries. The number of people who are in need has grown exponentially since the war began.”

Before the war began, 150 people used the order’s soup kitchen but the number depending on the Brothers for food has now grown to more than 1,000.

Brother Grzelka added: “As long as we are able, we want to be there with them and live out our charism of helping those in need – of which there are many at the moment. We are grateful to everyone who supports our work both in Zaporizhzhia and in Lviv.”

ACN has supported the work of the Albertine Brothers in Ukraine with Mass stipends and subsistence aid – as well as providing vehicles and funding repairs for their buildings.