The King listened as Father Alfred Ebalu, a survivor of abduction, death threats and violence in Nigeria, highlighted growing persecution of Christians and others in Africa’s most populous country.

Father Ebalu’s testimony was followed by an overview of heightened persecution in other parts of Africa, where it is requested that details go unreported for fear of endangering the faithful there.

The King was given an introduction to ACN’s Persecuted and Forgotten? A Report on Christians oppressed for their Faith 2020-22, launched ahead of last month’s #RedWednesday, the charity’s campaign on behalf of the suffering Church. 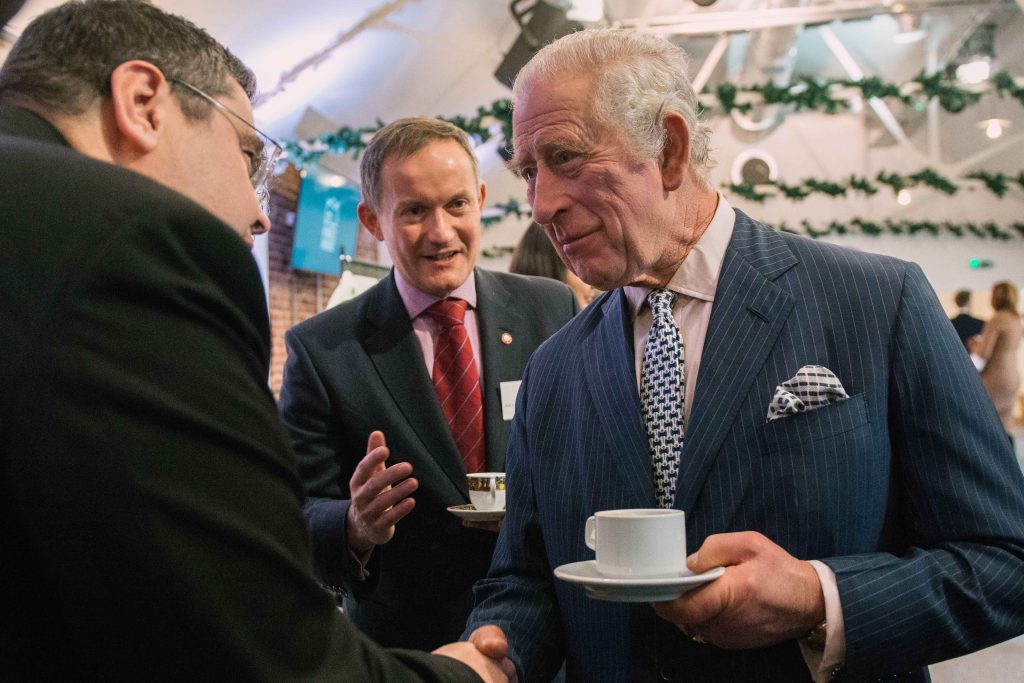 The meeting took place at King’s House, a centre of worship, community outreach and mission run by King’s Cross Church, where representatives of social action and welfare groups gathered alongside Christian charities to meet the King.

Other VIPs included the Most Rev Justin Welby, the Archbishop of Canterbury, who also met the ACN group, and Dame Sarah Mullally, the Bishop of London.

After the event, people packed into the nearby Ethiopian Christian Fellowship Church UK for an Advent service with Christmas music, prayers and blessings with input from King’s Cross Church, Archbishop Welby and Coptic Orthodox Archbishop Angaelos of London.

Friends and supporters of ACN were present at the service and the reception that followed.

After the event, Dr Hull said: “We are so grateful to the King for giving us the opportunity to introduce him to witnesses of Christian persecution.

“It’s so important that their stories be heard and our thanks go out to King’s House and all those who made the event such an important testimony to the vital role faith plays in our world today.”