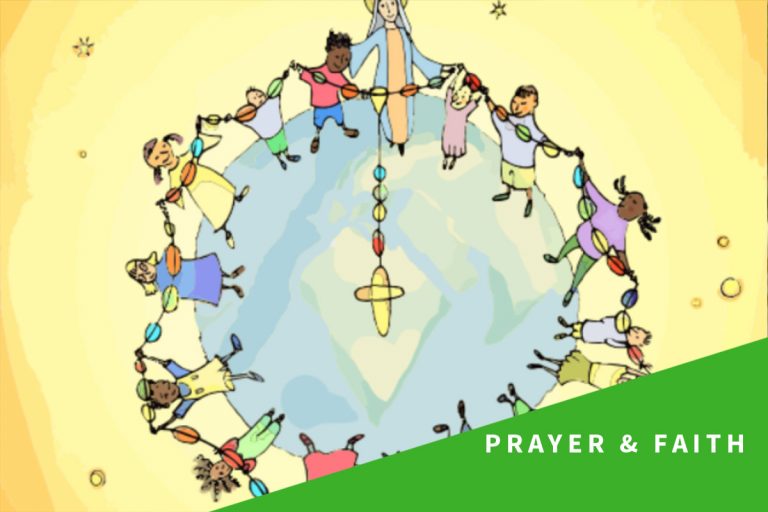 Worldwide prayer event of Aid to the Church in Need to be held on 18 October.

The pontifical foundation Aid to the Church in Need (ACN) invites parishes, nurseries, schools and families to participate in the event “One Million Children Praying the Rosary” on 18 October. The focus of the prayer campaign is worldwide unity and peace. “In many countries, children in particular are suffering from the effects of war and persecution,” according to Father Martin Barta, the Spiritual Assistant of the international pastoral charity Aid to the Church in Need (ACN International). He believes that the rosary campaign is a good opportunity for children as well to express their solidarity.

“Our materials for the prayer campaign are available in 25 languages, including, for example, Arabic or the West African Hausa language. Children from around 80 countries and on all continents will be participating. From Argentina to Cuba to India. “It is truly a campaign of the world church!” Father Barta said.

The children’s rosary campaign was initiated in 2005 in the Venezuelan capital of Caracas. While a number of children were praying the rosary at a wayside shrine, several of the people present recalled that Saint Padre Pio had said: “When one million children pray the rosary, the world will change.” The campaign quickly spread across the world. ACN has supported the campaign since 2008 and took over the organisation of the entire event two years ago.

To order the materials, please click here.
For more information on the prayer campaign, click here.
Are you planning to take part in “One Million Children Praying the Rosary”? Then please let us know via social media, don’t forget to tag ACN!