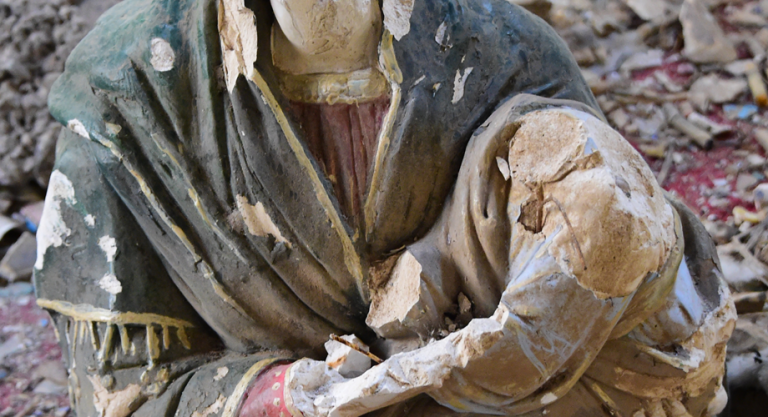 Christianity is illegal in Saudi Arabia. State claims tolerance of private worship by non-Muslims – but death penalty for Christian converts from Islam.

“Saudi is still one of the most dangerous countries on earth in which to follow Christ. Today… converting to another faith is punishable by death. Christians face arrest, imprisonment, lashing, deportation and, in some cases, torture.” This was the assessment of MP David Linden (SNP, Glasgow East) at a debate in the UK Houses of Parliament on the persecution of Christians.

The Kingdom of Saudi Arabia is an absolute monarchy with Islamic Shari‘a law issued by royal decree based on the Qur’an. Saudi Arabia is, according to the United States Commission on International Religious Freedom, “unique in the extent to which it restricts any religion other than Islam… [with] severe violations of religious freedoms”. Saudi remains intolerant of “public religious expression inconsistent with the government-sanctioned interpretation of Sunni Islam… Non-Muslim places of worship are not permitted.” The outlook for Christians and others not following state approved religions remained unremittingly bleak during the period under review.

Up to 30 percent of the country’s population are foreigners; most of these are Christians, Buddhists or Hindus. An unofficial census, published by the Vicariate Apostolic of Northern Arabia in Bahrain, estimates that there are more than 1.2 million Latin-rite Catholics in Saudi Arabia, mainly foreign workers from India and the Philippines. The majority of Christians in Saudi are migrant workers, such as maids, cleaners or other menial workers and this helps explain how the regime is able to clamp down on their freedom of religious expression and other rights. However, thousands of foreign workers are expected to leave Saudi Arabia following tax regulations which came in to force on 1st July 2017.

As the birthplace of Islam and the home of Islam’s holiest shrines – Mecca and Medina – the regime is opposed to the creation of places of non-Muslim worship and hence there are no churches in Saudi Arabia. It is the only country without a Christian place of worship in the whole of the Middle East. Saudi Arabia does not have official diplomatic ties with the Holy See. In March 2015, Grand Mufti Sheikh Abdul bin Abdullah, the chief religious authority in Saudi, repeated his call for all churches in the Arabian Peninsula to be destroyed. Public non-Muslim religious worship is forbidden, and Christian celebrations in private homes in Saudi Arabia have reportedly increased. Such meetings continue to be raided in spite of reports that in 2006 Saudi authorities allowed Christians to hold private worship. Matters are made more difficult by the ban on importing non-Muslim religious literature, including Bibles, and other faith-related articles.

The Commission for the Promotion of Virtue and Prevention of Vice, commonly known as the religious police, are reported to have carried out raids on premises where non-Islamic practices are suspected. Surveillance has led to the arrest of people accused of infringing Saudi rules on religious practice. There are also fears among Christians that surveillance of telephone calls, email, WhatsApp, Skype by the religious police has increased over the last few years. But in April 2016 a royal decree prohibited the religious police from questioning, arresting or requesting identification from individuals. Consequently, non-Muslims, including Christians, have reported fewer incidents of harassment.

In Saudi Arabia, Muslim converts to Christianity face the death penalty. Despite Saudi Arabia proscribing conversions from Islam, a 2015 study estimates that 60,000 Muslims have converted to Christianity, while adding that precise figures are difficult to obtain given the number of “secret believers”. An Open Doors study estimates 4.4 percent of Saudi Arabia’s population identifies as Christian – up from less than 0.1 percent (50 people) 100 years ago in 1910.

Concerns persist about religious hatred towards Christians and other non-Muslims being taught in Saudi schools. One Saudi Ministry of Education text book on the Hadith for students aged 14-15 stated: “The struggle of this (Muslim) nation with the Jews and the Christians has endured and it will continue as long as God will it” and: “The Jews and the Christians are the enemies of the believers.” Intolerant content in official school textbooks has reportedly been reduced. Some religious freedom observers have suggested that the regime is clamping down on religious hatred in schools. The Ideological Warfare Centre and Digital Extremism Observatory, has been established to monitor the online presence of terrorist groups, especially on social media. The Saudi government has dismissed clerics and teachers who espouse intolerant or extremist views.

The Saudis have been criticised for seeking to export a fanatical vision of Islam – intolerant of Christianity and other faiths – around the world. US former Treasury Under-Secretary Stuart Levey, a one-time financial counter-terrorism official, found a strong link between education and support for groups such as Al Qaeda. In a Washington Post op-ed, he wrote: “We must focus on educational reform in key locations to ensure that intolerance has no place in curricula and textbooks… [U]nless the next generation of children is taught to reject violent extremism; we will forever be faced with the challenge of disrupting the next group of terrorist facilitators and supporters.”

A Church source with extensive experience in Saudi Arabia spoke of the country’s funding of extremists who are committing genocide against Christians in the Middle East. The ACN contact, who asked to remain anonymous, said: “It is public knowledge that sophisticated weaponry is coming through and from Saudi Arabia to Daesh (ISIS).” He claimed that the country avoids direct government sources for the funding but it does this indirectly. A leaked US State Department memo stated: “We need to use our diplomatic and more traditional intelligence assets to bring pressure on the governments of Qatar and Saudi Arabia, which are providing clandestine financial and logistic support to ISIS and other radical groups in the region.” However, the sale of arms to Saudi has continued despite the US State Department designating Saudi Arabia as a “country of particular concern” since 2004. US President Donald Trump highlighted the economic value to the US – especially regarding jobs – resulting from a 2017 weapon deal worth nearly £84.6 billion ($110 billion) and a second security pact valued at up to £269.3 billion ($350 billion). Refuting criticisms, the US Statement Department highlighted Saudi’s ongoing “counter-terrorism relationship with the United Sates… to counter Daesh.

August 2016: 27 Lebanese Maronite Christians, including women and children, were deported from Saudi Arabia for “conducting Christian prayers” and being “in possession of Bibles” after meeting privately to celebrate the feast of the Assumption. The religious police raided the private home in Al Khafij, charging the Christians with “un-Islamic prayer”.

September 2016: A Saudi Imam reportedly called for Christians, Jews and Shi’a Muslims to be killed during an internationally broadcast prayer service at Masjid al-Haram, the Great Mosque of Mecca that surrounds the Kabba shrine.

February 2017: Charities and NGOs endorsed a letter from 67 members of the US Congress sent to Saudi Arabia regarding religious freedom. The historic letter, thought to be the first of its kind, called on the Saudi authorities to ensure the country permits Christians and others religious freedom by “allowing religious minorities to exercise their faiths”.

April 2017: Saudi Christian convert “Mohammed”, whose identity was concealed for security reasons, spoke to Open Doors about his difficult faith journey. Having learned about Christianity through the internet, he had to go to another Middle Eastern country to be baptised. “Mohammed” returned to Saudi Arabia with a Bible, which is illegal in the country.

April 2017: A 25-year-old abstract sculpture was demolished after residents in Buraydh, Qassim objected that the landmark resembled a Christian cross. It was demolished on Good Friday (14th April) 2017.

April 2017: The 2017 USCIRF report noted that the “Saudi royal decree banned financing outside Saudi Arabia of religious schools, mosques, hate literature, and other activities that support religious intolerance and violence toward non-Muslims and non-conforming Muslims”. However, it also drew attention to the fact that the Saudi government introduced new travel regulations in place on “proselytising, bringing the foreign travel and preaching of clerics more firmly under the control of the Ministries of Islamic Affairs and Interior”.

July 2017: Open Doors reported that converts “risk fierce persecution from family, society and government – and they have to live out their new faith in deepest secrecy.” They described the case of young mother, “Noora” – whose identity is changed for security reasons – pointing out that if it was discovered that she was a Christian “her husband could divorce her, her children could be taken and her life would be at risk.”