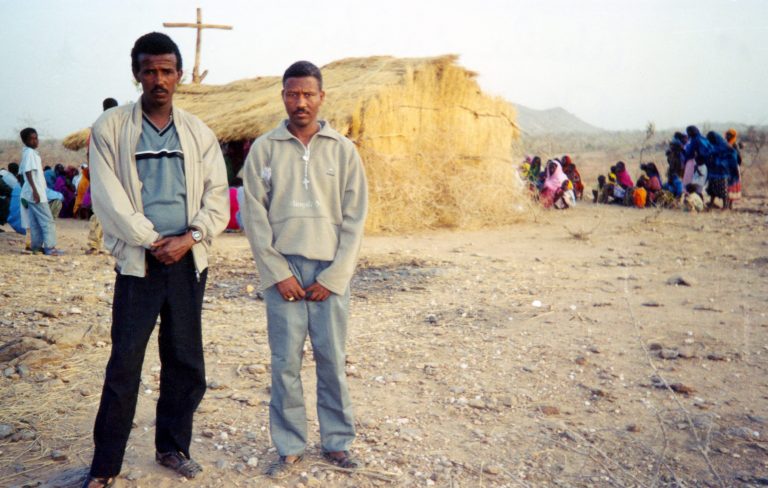 The “rules do not allow torture. However, there is no way to complain.

To whom should you complain? You cannot oppose the authorities. The prison is isolated. There is no one there, so they can do whatever they want to do.

“There is a saying in prison: If you scream, only the sea will hear you.”

This was the testimony of a former inmate given to the UN.

Former prisoners have described appalling conditions, including being locked in metal shipping containers for long periods of time – leaving them at the mercy of the burning African sun when temperatures soar during the day.

Christians are particularly targeted, being tortured to try to get them to renounce their faith. They are not permitted to pray aloud or sing and all religious books are banned.

Around 2,000 Christians are in prison for their religious beliefs – many of them Evangelical Protestants.

Prisoners endure a litany of horrors including forced labour, deprivation of food and water, appalling hygiene conditions and refusal of medical care.

Former inmates have also reported being forced to walk barefoot on thorns or sharp stones and being  hung from trees by their elbows and knees for hours on end.

As they continue to endure these terrible conditions please keep them in your prayers.