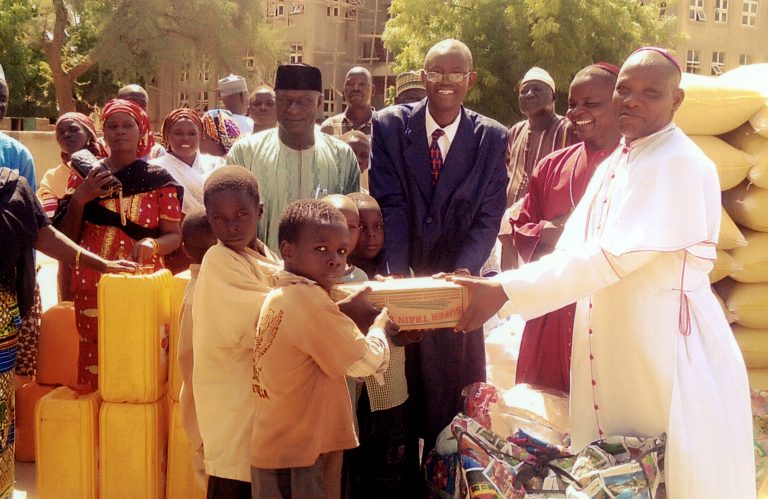 Up to 11,500 Christians have been killed and 1.3 million displaced during Islamist militia group Boko Haram’s campaign of violence.

It is probably no exaggeration to say that Christians in north-east Nigeria are enduring a genocide, similar to the one unfolding in the Middle East. Certainly Boko Haram, which is now allied to Daesh (ISIS), has stated its intent to wipe out the faith from the area under its control.

Yet there are glimmers of hope. In a letter to president Muhammadu Buhari, Archbishop Kaigama called Boko Haram and corruption in the country “two monsters [that have…] threatened to destabilise Nigeria.” But he added: “Although many people have been killed, many others rendered homeless and are without adequate means of livelihood, we commend you for being quite successful so far in repelling the insurgence form decimating Nigeria by halting its further advance.”

Aid to the Church in Need is responding to the current crisis in the country. Our help has included emergency aid for those displaced by Boko Haram who have fled to Maiduguri Diocese, where more than 100,000 Christians have fled, and security measures for Church schools and compounds.