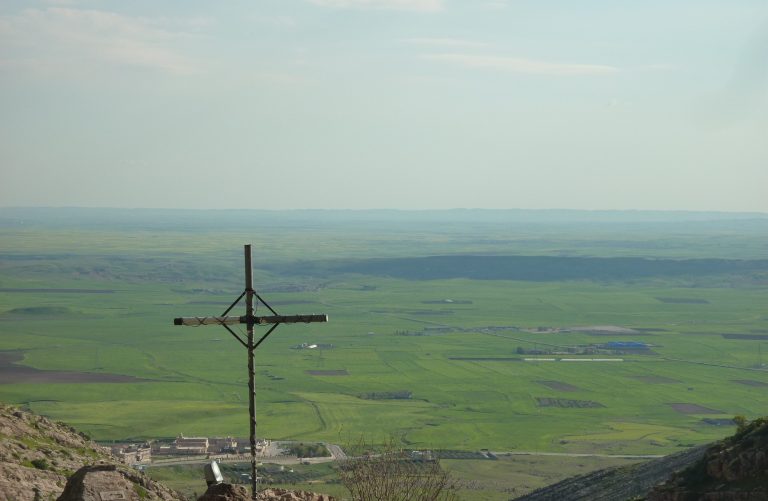 For thousands of Iraqi families – whom you have been helping since they were forced from their villages by Daesh (ISIS) – the day they have long waited for will soon arrive. For almost three years they have depended on you for food, shelter, medicine and other emergency aid.

But now Daesh has been driven out of the Nineveh Plains, we can announce plans to rebuild around 13,000 Christian houses, so they can go home.

Aid to the Church in Need surveyed the devastated Christian villages at the end of 2016 and during the opening months of 2017 worked closely with the region’s Churches to draw up a plan to allow displaced Christians to return.

And these plans bore fruit in May, when preparatory work began on rebuilding the ﬁrst 105 homes in Karamlesh, Baghdeda, and Qaraqosh.

The week after work began in Iraq, Archbishop Bashar Warda, who is caring for the displaced families, visited the UK.

He told us an ever growing number of Christians want to go back to their villages – but more support is needed to make it a reality.

He said: “They want to end this displacement period, to start their lives again. At the moment they are IDPs [Internally Displaced Persons] – some are only living in a small room – they want to return to their lives.”

But rebuilding the Christian homes will take time and cost more than £160 million – which is why the Churches are looking for more organisations to help with rebuilding the villages. And until displaced families who ﬂed to Erbil can return home there is the ongoing cost of feeding and sheltering them.

Archbishop Warda said: “What you contribute will make a diﬀerence to the lives of others. It is because of your help we still have Christians in Iraq.”