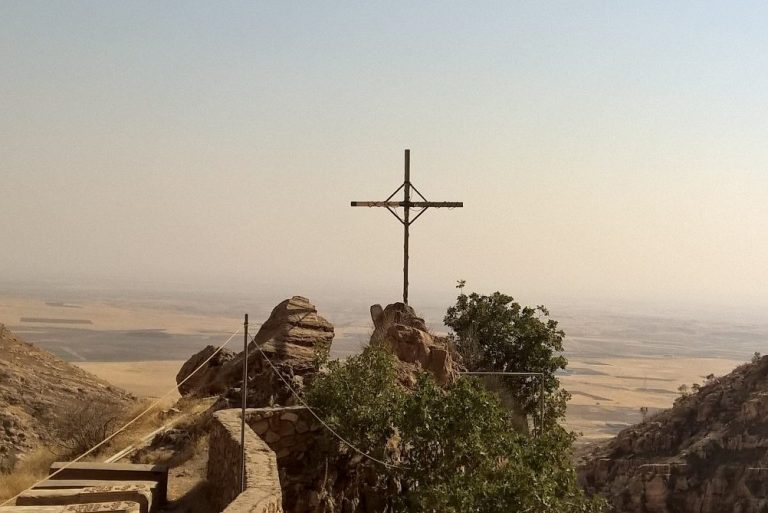 Despite worsening persecution culminating in the deaths at the hands of extremists of more than 60 faithful since October 2010, Iraqi Christians are courageously clinging to their faith.

While some feel they have no choice but to flee their homes for fear of their lives, others have been determined not to leave and to preserve a Christian presence in some of the most ancient lands of the Bible.

After the massacre of up to 58 people in Baghdad’s Syrian Catholic Cathedral in October 2010, Fathers Faadi and Aysar, both in their 30s, broke off their studies in Rome and returned home. A week after the attack, they celebrated Sunday Mass surrounded by the smashed-up pews and broken glass. Sixty brave faithful received the Eucharist.

As Archbishop Louis Sako of Kirkuk said: “For us Christians of Iraq, martyrdom is the charism of our Church, in its 2,000-year history. We are aware that bearing witness to Christ can mean martyrdom.”

Thanks to you, Aid to the Church in Need is offering a lifeline of help and hope to the suffering faithful of Iraq in their darkest hour.