“We do not preach only one coming of Christ, but a second as well, much more glorious than the first. The first coming was marked by patience; the second will bring the crown of a divine kingdom.”
– The twofold coming of Christ, St Cyril of Jerusalem

The word ‘Advent’ is derived from the Latin word ‘adventus’, meaning ‘presence, arrival or coming’, translated of the Greek word ‘parousia’. The four Sundays before Christmas are a time of two-fold preparation: the first two Sundays look forward with hope to Christ’s second coming in glory and the last two Sundays look backward giving homage to Christ’s humble first coming.

The book of Revelation calls out in triumph at Christ’s return in judgment after the Old Testament pleas for the coming of the Messiah. This is based on “The Spirit and the Bride say, ‘Come.’ And let him who hears say, ‘Come.’ And let him who is thirsty come, let him who desires take the water of life without price.” (Rev 22:17) The New Testament also announces Christ’s arrival through John the Baptist’s words: “He must increase, but I must decrease.” (John 4:30). The Catechism states that when “the Church celebrates the liturgy of Advent each year, she makes present this ancient expectancy of the Messiah. By sharing in the long preparation for the Saviour’s first coming, the faithful renew their ardent desire for his second coming.” (CCC 524)

As Advent approaches we are asked to prepare to welcome the joy of Christ’s arrival. But sin – having created a separation between ourselves and God – is causing people to “grope for the wall like the blind; we grope like those who have no eyes; we stumble at noon as in the twilight, among those in full vigour we are like dead men.” (Isaiah 59:10) The challenge of Advent is to turn back to Christ, towards the throne of the lamb and receive the promise – in the Old and New Testament – to see Christ personally: “the upright shall behold his face” (Psalm 11:7) and “they shall see his face” (Revelation 22:4).

The poem ‘Advent’ by Patrick Kavanagh touches upon the theme of hope arising from a child’s innocence inspiring a change in the outlook of adults.

We have tested and tasted too much, lover –
Through a chink too wide there comes in no wonder.
But here in the Advent-darkened room
Where the dry black bread and the sugarless tea
Of penance will charm back the luxury
Of a child’s soul…

Christ comes with a January flower.

Becoming child-like in innocence but not childish in faith

The Catechism of the Catholic Church states that “to become a child in relation to God is the condition for entering the kingdom.” (CCC526) But Christianity calls on the faithful to be child-like in openness but not childish in faith. In Jesus’ own words: “Truly, I say to you, unless you turn and become like children, you will never enter the kingdom of heaven.” (Matthew 18:3-4)

The first Sunday of Advent also celebrates St Francis Xavier. He was born in 1506 and died in 1552. He is the patron saint of Catholic missions and missionaries including the missions in Africa, India (Goa) and China. His example inspires the Church in its missionary work worldwide today. Catholic charity Aid to the Church in Need supports the Church in its pastoral work in countries where Christians are persecuted. The charity strives to help the faithful where the need is the greatest.

Pope Paul III approved the formation of a new order in 1540, which became the Society of Jesus, of which St Francis Xavier was a founding member. The order is known as the Jesuits.
Beginning in 1542, St Francis Xavier evangelized the Indies and Japan in less than 10 years. He built 40 churches for the people of the Pearl Fishery Coast, Goa. Due to his zeal he is described as a second St Paul.

Aid to the church in Need now works in more than 140 countries worldwide. Similar to St Francis Xavier, the charity is motivated by Christ’s words of “love thy neighbour”. (Matthew 22:38) 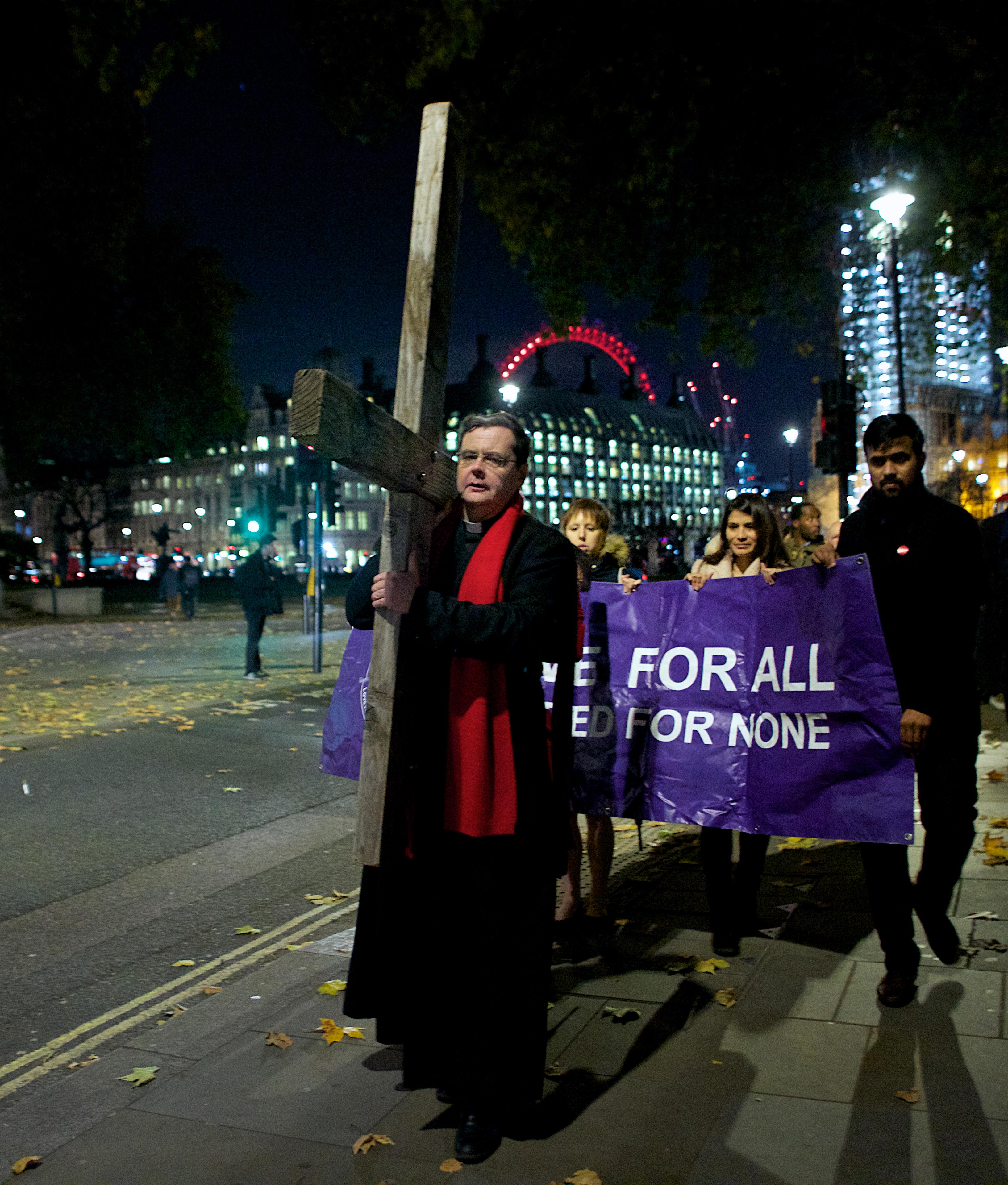 In November 2017 Aid to the Church in Need held #RedWednesday for the second year in an act of solidarity with persecuted Christians and people of other faiths around the world. An international initiative, #RedWednesday included a cross procession in London that was led by Jesuit priest Fr Dominic Robinson, ACN UK’s Ecclesiastical Assistant. He carried a life-size cross from the Houses of Parliament to Westminster Cathedral. Both buildings were lit up red in remembrance of those persecuted for their faith.

Striving for a Christ-centred Advent in preparation for celebrating the birth of the Prince of Peace, we recall Sr Francis Xavier’s prayer for God’s grace:

“Fortify me with the grace of Your Holy Spirit and give Your peace to my soul that I may be free from all needless anxiety, solicitude and worry. Help me to desire always that which is pleasing and acceptable to You so that Your will may be my will.”

In the Gospel reading of the first Sunday of Advent, Jesus urged his disciples to “be on your guard, stay awake, because you never know when the time will come”. (Mark 13:33) St Cyril of Jerusalem describes the importance of this alertness for a Christ-centre life: “His first coming was to fulfil his plan of love, to teach men by gentle persuasion. This time, whether men like it or not, they will be subjects of his kingdom by necessity… For there will be an end to this world, and the created world will be made new.”