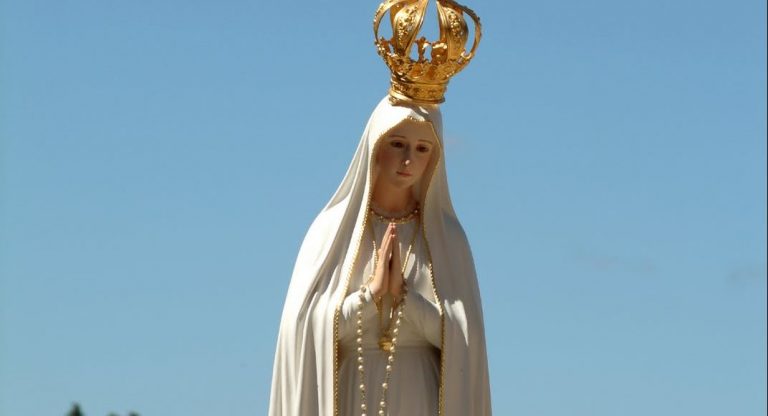 “Do not lose heart; My Immaculate Heart will be your refuge and the way that will lead you to God.”

Our Lady of Fatima’s promise of protection to the faithful

In a rural area of Portugal, three young children saw the Mother of God appear on six separate occasions – they became known as the “Three Seers of Fatima”. On 13th May 2017 Pope Francis will canonize two of the three Portuguese shepherd children, Jacinta Marto and her brother Francisco. They will be the youngest non-martyrs to be proclaimed saints in the history of the Church.

Fr Werenfried and ACN’s consecration to Our Lady of Fatima

VIDEO: Our Lady of Fatima

With the following prayer in honour of the Mother of God Fr Werenfried dedicated Aid to the Church in Need to Our Lady at Fatima on the 14th September 1967, the 50th anniversary of the Marian apparitions:

“We consecrate our entire charity and ourselves to you, Mary, Mother of Jesus, purest of Virgins, mighty Advocate and pattern of all mankind, Immaculate Virgin! Preserve us in the love your Son; protect us from the perils of this world and lead us safely to the Heart of God. And grant, dear Mother, that when we have passed through the dark door of death and stand before the judgement seat of your Son – grant that we may find you there, with a smile in your eyes, and that we may be able to calmly say: ‘Hail, Mother!’”

Today the charity continues to seek the help of Our Lady and renews its commitment to support the pastoral work helping the suffering Church worldwide. Thanks to ACN’s benefactors the charity is supporting thousands of projects that maintain the Church worldwide, this includes in the construction of Our Lady of Fatima’s Catechetical Centre for the Catholic community in St Anthony’s parish, Tefé Diocese in Brazil. 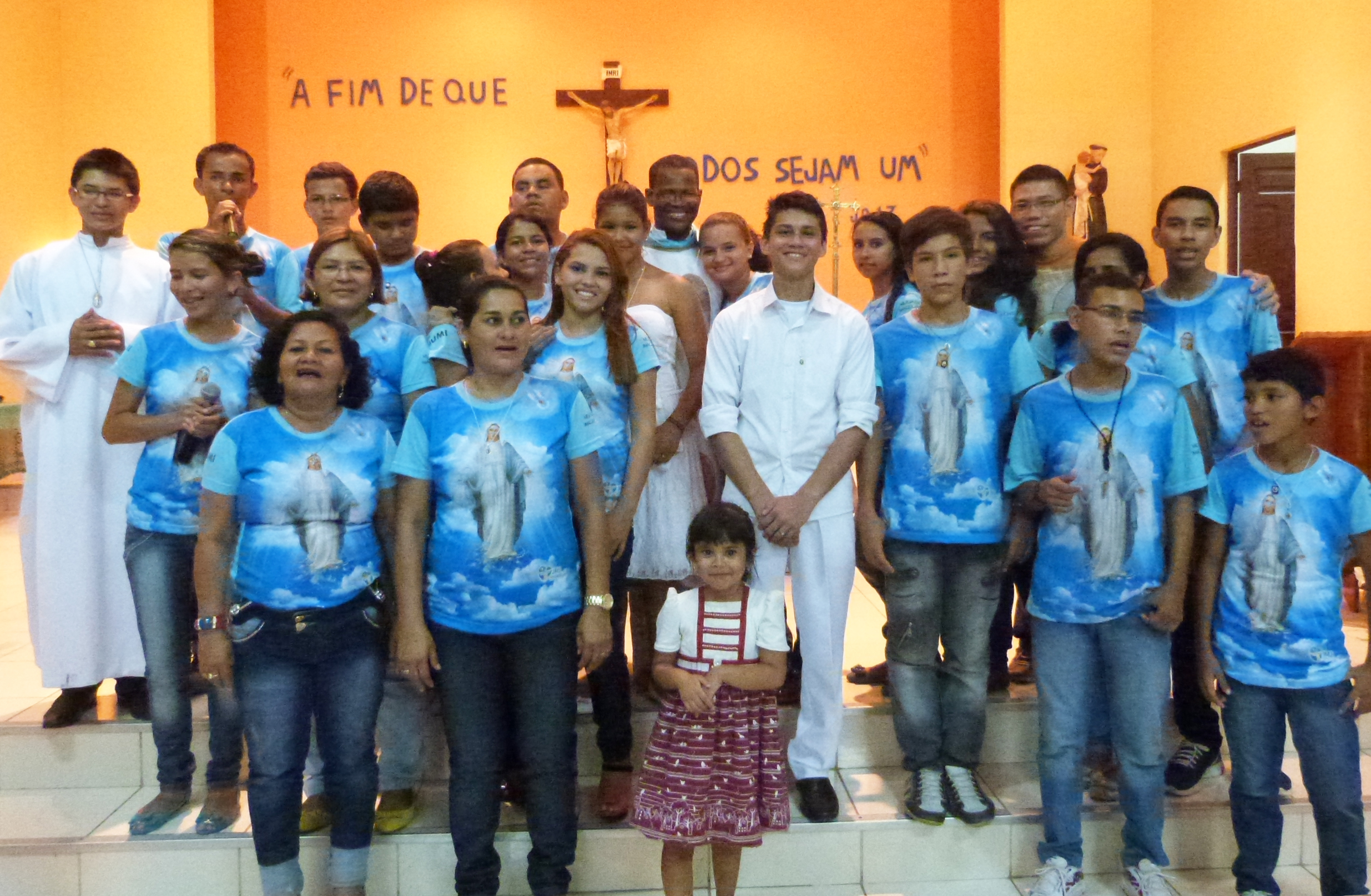 From Fatima, Portugal to Brazil’s St Anthony Parish in Tefé Diocese, Brazil – Thanks to ACN’s benefactors the charity is supporting the construction of Our Lady of Fatima’s Catechetical Centre

Fr Werenfried’s consecration sought the Blessed Virgin’s protection as promised to the faithful in 1917. Our Lady gave this assurance when she told the children: “You are going to have much to suffer, but the grace of God will be your comfort. Do not lose heart; my Immaculate Heart will be your refuge and the way that will lead you to God.”

At a time when most of the charity’s wok was behind the Iron Curtain, Fr Werenfried wrote of the spiritual battle being waged in this world by communism against the Church. Fr Werenfried described Satan the “leader of hellish spirits” acting in the world through some people and their political ideologies. He believed the suffering endured by millions caused by the communist’s ideology was a result of its atheistic centre. Ultimately he saw the suffering in communist countries as a clash between Satan and the Blessed Virgin: “He who said ‘No’ to God is setting out to war against her who said ‘Yes’.”

“For no good tree bears bad fruit, nor again does a bad tree bear good fruit; for each tree is known by its own fruit. For figs are not gathered from thorns, nor are grapes picked from a bramble bush. The good man out of the good treasure of his heart produces good, and the evil man out of his evil treasure produces evil; for out of the abundance of the heart his mouth speaks.” (Luke 6:43-45 RSV-CE) The “bad fruit” referred to in Luke’s Gospel is shown in the millions killed and tortured under communist regimes worldwide over a number of decades. Those not killed were imprisoned – often without a fair trial – in gulags for years and brutally mistreated. And millions of families suffered as oppressive governments pulled apart them apart. Fr Werenfried’s work behind the Iron Curtain with others including St John Paul II was instrumental in defeating communism by sustaining the Church’s presence there. 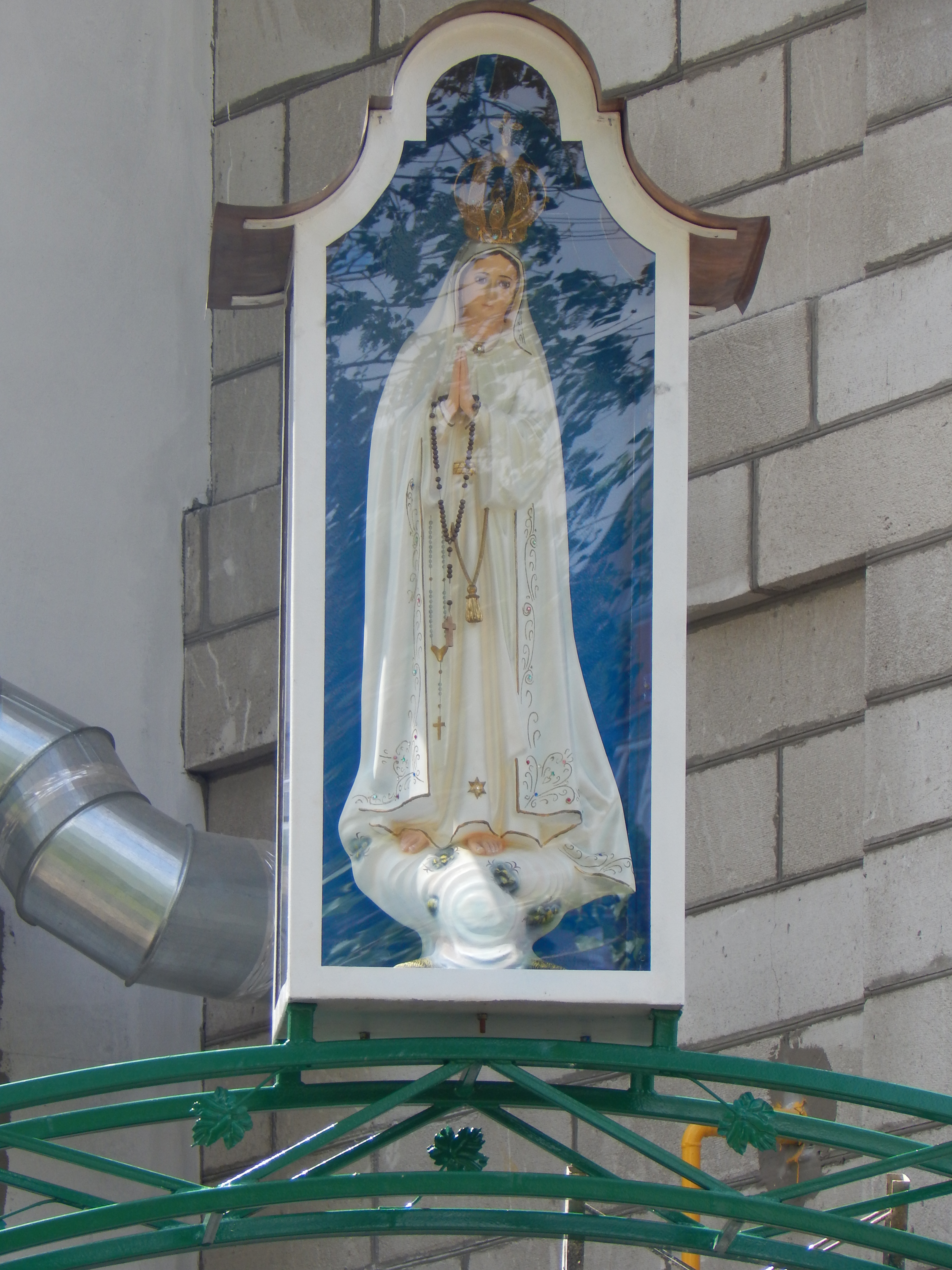 Our Lady of Fatima Chapel in the Kharkiv-Zaporizhzhya Diocese, Ukraine – the charity is supporting the suffering church with the renovation of the St Albert monastery which helps the homeless

The charity is helping the suffering church in the Kharkiv-Zaporizhzhya Diocese with the renovation of the St Albert monastery which has accommodation for homeless people in Zaporizhzhya in Ukraine. Pictured above is the statue of Our Lady of Fatima Chapel in Zaporizhzhya. Ukraine suffered for decades under communism for decades, but now the Faith is flourishing once more.

Our Lady of Fatima shows us the true victory

Despite the military might of oppressive regimes, the Blessed Virgin’s message of peace for those suffering under communism is stronger. Fr Werenfried warned that although the Church may not be able to “prevent the fires of war from spreading across the entire world”, he said that saying “Yes” to Christ and embracing the rosary, as advocated at Fatima, is the true victory. Fr Werenfried added: ““But we do know – as promised by Our Lady of Fatima, Queen of the Holy Rosary – that in the end her Immaculate Heart will triumph.” 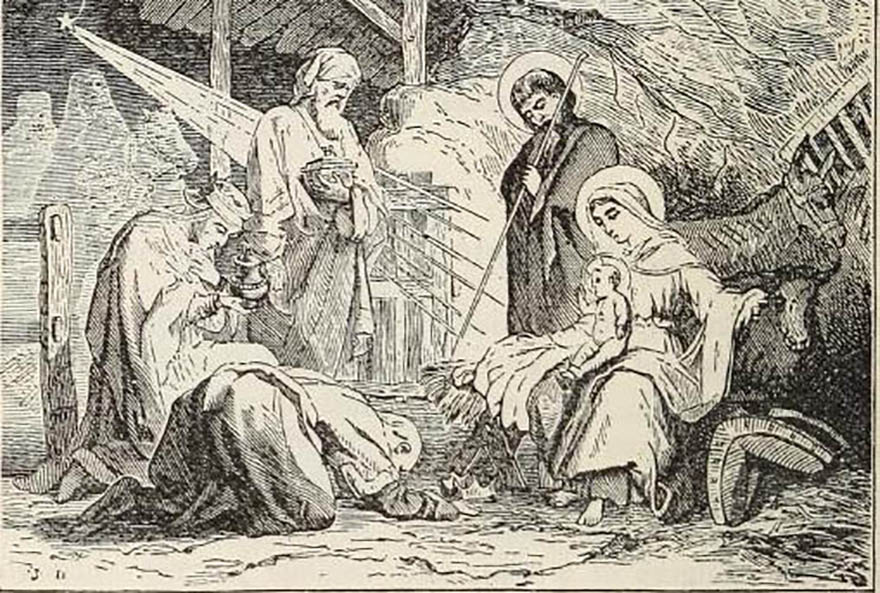 “I am the handmaid of the Lord” (Luke 1:38). Mary’s “Yes” to God’s led to her becoming our loving intercessor before God’s throne and the mother of us all (Catechism, 970).

Imitating Our Lady’s “Yes” to God’s will

Catholics strive to follow the inspiration of Mary’s “Yes” to God: “And Mary said, ‘Behold, I am the handmaid of the Lord; let it be to me according to your word.’” (Luke 1:38 RSV-CE) Catholics revere Mary because through the Holy Spirit she glorifies Christ. St Paul in 1 Thessalonians1:6 spoke of the faithful becoming “imitators of us and of the Lord…with joy inspired by the Holy Spirit”. The devout example of Our Lady and St Paul gives us a model to follow, and helps bring the faithful closer to Christ’s message.

Despite being “greatly troubled” at the arrival of Archangel Gabriel, Mary’s “Yes” at the Annunciation more than 2,000 years ago remains the greatest human inspiration for Christians. The Catechism praises “her complete adherence to the Father’s will… [she] continues uninterruptedly from the consent which she loyally gave at the Annunciation and which she sustained without wavering beneath the cross” (967, 969).

Our Lady is deservedly praised as she embodies humility and obedience to God’s will. She was the conduit of Christ’s presence and today remains a channel for his message of love. The Catechism adds: “Mary’s function as mother of men in no way obscures or diminishes this unique mediation of Christ, but rather shows its power.” (970) As she said in her own words (recorded in the Gospel of Luke 6:46): “My soul magnifies the Lord”.

ACN is supporting projects in Brazil and elsewhere that bring Christ’s message and like the Blessed Virgin “magnifies the Lord”. The charity is supporting the construction of a church in the missionary parish of Our Lady of Fatima in Rio Branco Diocese in Vila Verde City, Brazil. Despite the poverty surrounding the families, the Church is continuing its pastoral work and supporting them in their need. The religious Sisters carry out the corporal works –backed by ACN benefactors – by visiting the sick children in their homes. 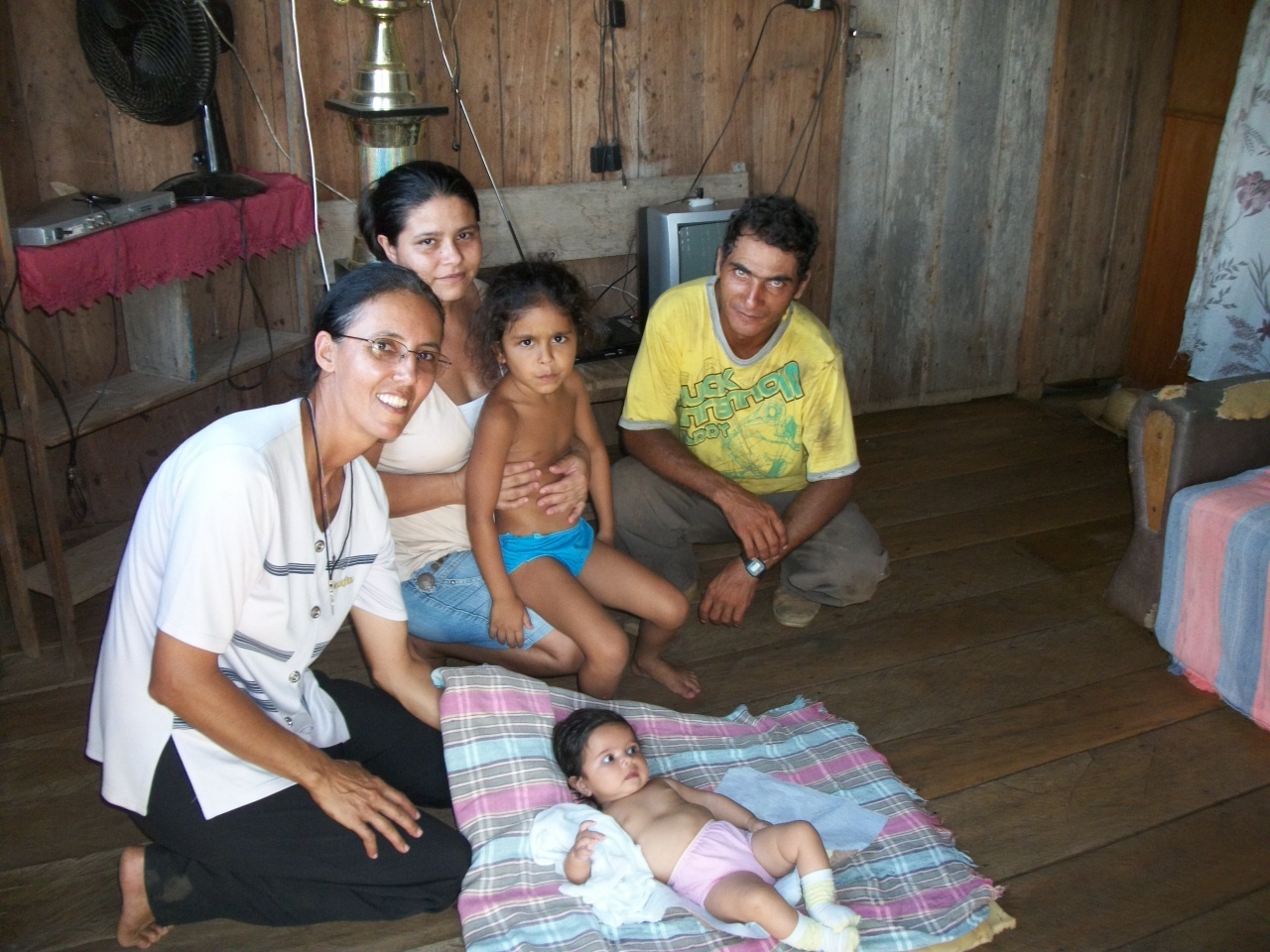 ACN supporting religious Sisters in their pastoral duties, including the corporal work of mercy in visiting the sick in the missionary parish of Our Lady of Fatima in Vila Verde in Rio Branco, Brazil.

Pope Benedict XVI’s prayer below asks the Mother of Christ to guide and protect the faithful. He said this at the Most Holy Trinity Church in Fatima, on the 10th anniversary of the beatification of two of the young shepherds of Fatima, Jacinta and Francisco. They will be declared saints by the Church this May. The full prayer is available in the Vatican’s website, it is an “act of entrustment and consecration of priests to the Immaculate Heart of Mary”. The last two verses are:

“Our Mother for all time,
do not tire of “visiting us”,
consoling us, sustaining us.
Come to our aid
and deliver us from every danger
that threatens us.
With this act of entrustment and consecration,
we wish to welcome you
more deeply, more radically,
for ever and totally
into our human and priestly lives.

Let your presence cause new blooms to burst forth
in the desert of our loneliness,
let it cause the sun to shine on our darkness,
let it restore calm after the tempest,
so that all mankind shall see the salvation
of the Lord,
who has the name and the face of Jesus,
who is reflected in our hearts,
for ever united to yours!