Aid to the Church in Need is helping vulnerable women and their unborn children in Russia – fulfilling Church teaching that each and every human life has inherent dignity. Remembering that the Holy Family found no room in the inn when they came to Bethlehem, Russia’s Catholic and Orthodox Churches are helping up to 42 destitute women and their families with accommodation until they find a stable address.

The National Director of ACN’s UK Office Neville Kyrke-Smith described the charity’s help for this ecumenical project. During his autumn visit, Mr Kyrke-Smith joined with His Eminence Russian Orthodox Metropolitan Kirill of Stavropol and Nevinnomysk to open a shelter for young mothers in Stavropol – a town whose name means City of the Cross. The dignitaries met with those families receiving practical assistance, including a Muslim family in need. Mr Kyrke-Smith said: “This project is absolutely vital, as it supports pregnant women who are often left without any assistance from their families. The centre was founded by the Orthodox Church – and we are delighted to be able to support this important ecumenical project, helping women in a very difficult situation.” ACN has given more than £20,000 to the centre’s sheltered accommodation, offering alternatives to abortion. It also supports women with telephone counselling, advice and information. Thanking the charity’s supporters Metropolitan Kirill told Mr Kyrke-Smith: “Thank you and may God bless our dear friends at Aid to the Church in Need. We pray for them.” 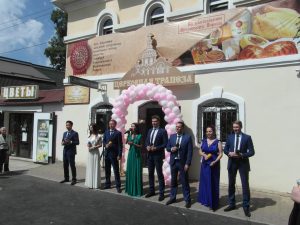 Opening ceremony of centre supporting young families in Stavropol – known as the City of the Cross in Russia.

Members of both the Catholic and Orthodox Churches attended the international protection of life seminar held by the Moscow Patriarchate in 2017. The seminar developed the call to “respect the inalienable right to life” in Pope Francis and Patriarch Kirill’s joint declaration. ACN’s Russia expert Peter Humeniuk described the conference as taking “concrete steps in the spirit of ecumenism. The seminar focused on analysing the situation, but also – and particularly – on finding solutions.” Delegates meet with a Catholic group from Milan that offers pregnancy counselling and has already saved almost 20,000 children. Speaking of the impact of abortion on Russia’s population as well as its global effect, Mr Humeniuk said: “Unfortunately, abortion is very prevalent in Russia. This can be traced back to Soviet times… the Russian people are beginning to become aware of this problem, because if nothing else, the demographic development in Russia… and that of the Western world – has now become a wake-up call for many people.” 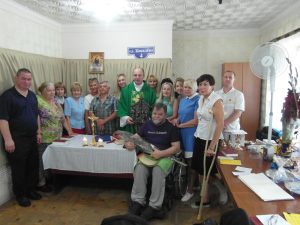 ACN is also supporting other projects in Russia that reflect the hope brought when Our Lord Jesus Christ took flesh and dwelt among us: including an intensive year-long drug rehabilitation course using with success rates as high as 80 percent. And a new chapel in Stavropol – previously the Catholic community gathered in a framer’s workshop. Fr Mitrzak is the first Catholic priest residing permanently there since the Revolution – and Metropolitan Kyrill is helping the chapel with registration requirements.

Speaking of the charity’s work Mr Kyrke-Smith said: “When Our Lord was born as man he was rejected by the world around him. I am greatly encouraged that Russian Orthodox and Catholic Churches are working together to help the rejected and afflicted, seeing Our Lord incarnate in their misery.”