Prayer and action for Christians persecuted for their faith will be central to a leading Catholic charity’s contribution to Adoremus this weekend (7th-9th September).

Aid to the Church in Need will call on all those taking part in the National Eucharistic Pilgrimage and Congress to “Go to Mass for someone who can’t” – as an act of solidarity with Christians denied access to the Sacraments. 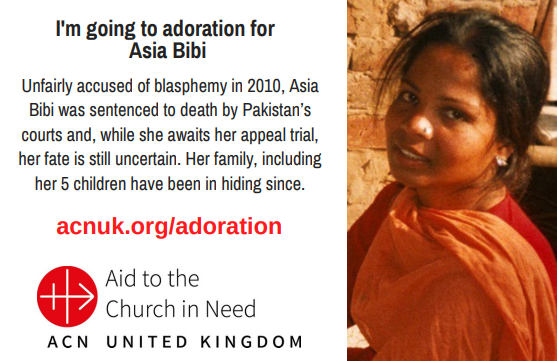 At the event in Liverpool, a special ACN focus on adoration of the Blessed Sacrament will highlight the experience of individuals who have drawn on the power of the Eucharist in times of persecution and oppression.

Speaking at the main event on Saturday (8th September) in the Liverpool Echo Arena, ACN’s John Pontifex will describe how people he has met in Iraq, Syria and Nigeria overcame hatred by turning to the Eucharist.

ACN’s Marie Fahy will call on all those at Adoremus to join the #Go2Mass campaign and spend time in adoration for those prevented from going to church. 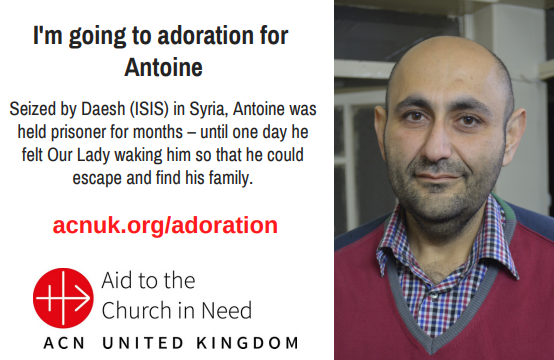 Marie said: “If we really believe what we are taught about the power of the Eucharist and how our prayers can transform the world then why wouldn’t we sacrifice some time spent in Adoration – especially for those Christians who so often are persecuted and forgotten.”

At the Adoremus events, ACN staff and volunteers will be distributing cards, each telling the story of individuals persecuted for their Christian faith, and inviting people to remember them in their prayers.

ACN will have a stall at the event, organised by ACN’s North West office.