The husband and daughter of Asia Bibi, the first woman to be sentenced to death for blasphemy in Pakistan, will be speaking at events in the UK organised by a Catholic charity.

Asia Bibi’s husband, Ashiq Masih, and daughter, Eisham Ashiq, will be revealing their anguish over her ongoing imprisonment at talks and other meetings organised by Aid to the Church in Need.

Asia Bibi, a mother of five, has been on death row since November 2010, when she was convicted of blasphemy.

She was accused of the crime in June 2009 following a dispute over a cup of water involving a Muslim co-worker– who reportedly told her that Christians contaminated mugs by drinking from them.

Asia Bibi was sentenced to death under Pakistan’s blasphemy laws after being charged with insulting the Muslim Prophet Mohammed (section 295 C of the penal code).

ACN has supported ongoing projects to support the victims of Pakistan’s blasphemy laws – including help for Asia Bibi’s family, who were forced to go into hiding after receiving death threats.

Ashiq Masih and Eisham Ashiq will be accompanied by ACN project partner Father Emmanuel Yousaf, national director of Pakistan’s Catholic Commission for Justice and Peace – an expert on the country’s blasphemy laws. 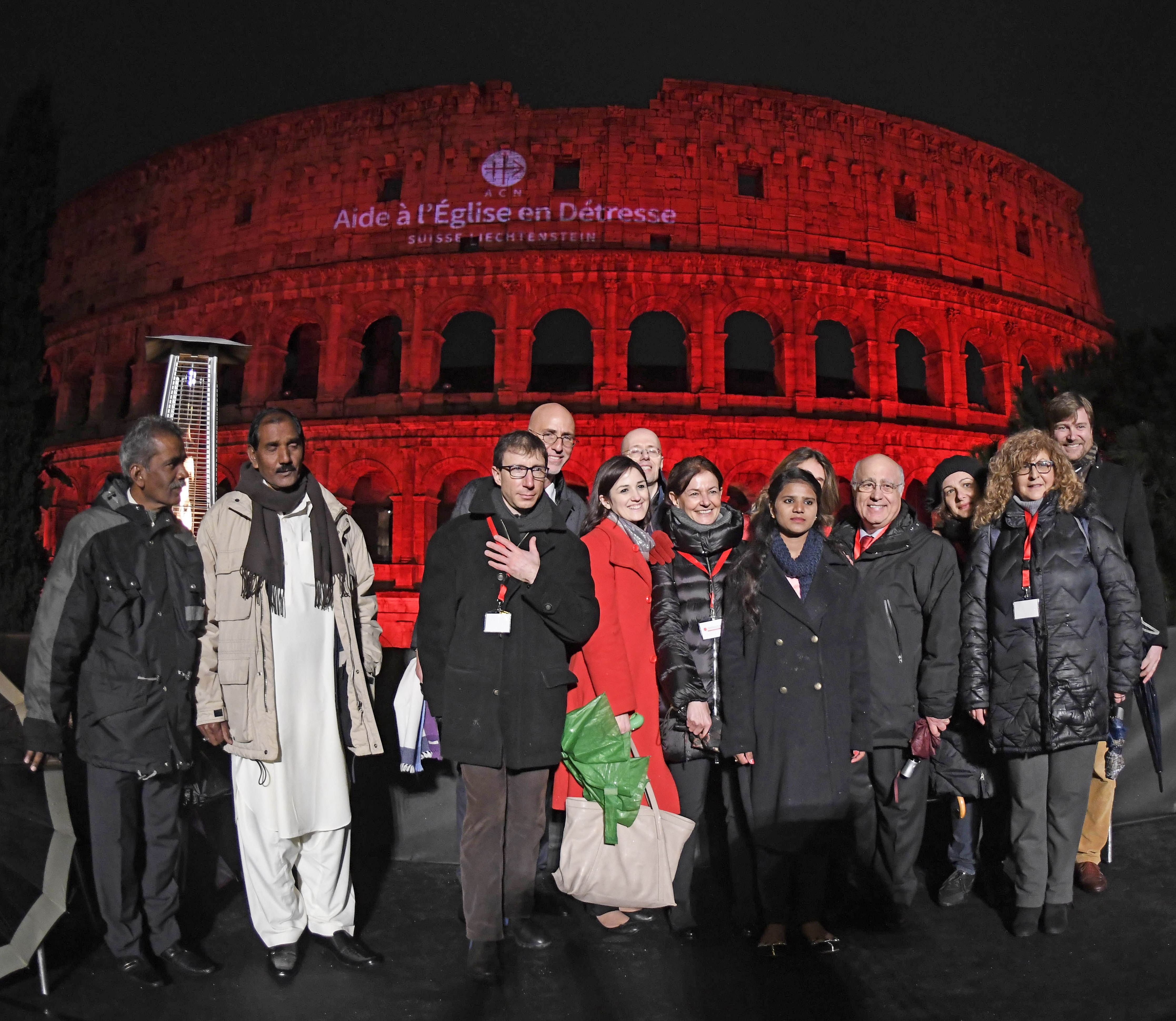 The visitors from Pakistan will be speaking at Aid to the Church in Need events in north-west England and Scotland before coming to London for ACN’s Westminster Event on Saturday 13th October 2018.

They will be joined by Iraqi guests, Sister Luma Khudher OP, who was driven out of Qaraqosh when Daesh (ISIS) seized the town in 2014, and Chaldean Archbishop Habib Al Nafali Jajou from Basra, who will be attending despite recent violence in the city.

Sister Khudher will update ACN’s benefactors on how the charity is helping rebuild Christian villages on the Nineveh Plains destroyed by the extremists, so displaced families can go home.

Also speaking at the Westminster Event will be Martin Bashir, the BBC’s religious affairs correspondent, who will address issues of Christian persecution and religious freedom.

Another speaker on the day will be Coptic Orthodox Archbishop Angaelos of London who will speak about the plight of the Middle East Christians, especially in Egypt.