The daughter of a Christian woman sentenced to death for blasphemy in Pakistan broke down in tears as she told Aid to Church in Need friends and benefactors in London how she longs to be reunited with her mother.

With her father, Ashiq Masih, consoling her as her voice broke, 18-year-old Eisham Ashiq described how she witnessed the incident nine years ago when her mother – desperate for a cup of water – was accused of disrespecting the Muslim Prophet Mohammad, a crime punishable by death in Pakistan.

Eisham gave her account at Westminster Cathedral Hall during the annual national event held by ACN, the Catholic charity for persecuted and other suffering Christians.

“I long to hold my mother in my arms again and hug her.”

Speaking through an interpreter, Eisham said: “I long to hold my mother in my arms again and hug her.”

She was speaking after Pakistan’s Supreme Court last Monday (8th October) referred judgement in the case of Asia Bibi with a decision expected imminently.

The ACN Westminster Event began with Mass in the cathedral where Father Emmanuel Yousaf, National Director of Pakistan’s National Commission for Justice and Peace, called on the congregation to pray for Asia Bibi’s release and for all persecuted Christians in Pakistan.

“Asia Bibi has been in solitary confinement for 10 years but she is strong in her faith and she wants you to pray for her release.” 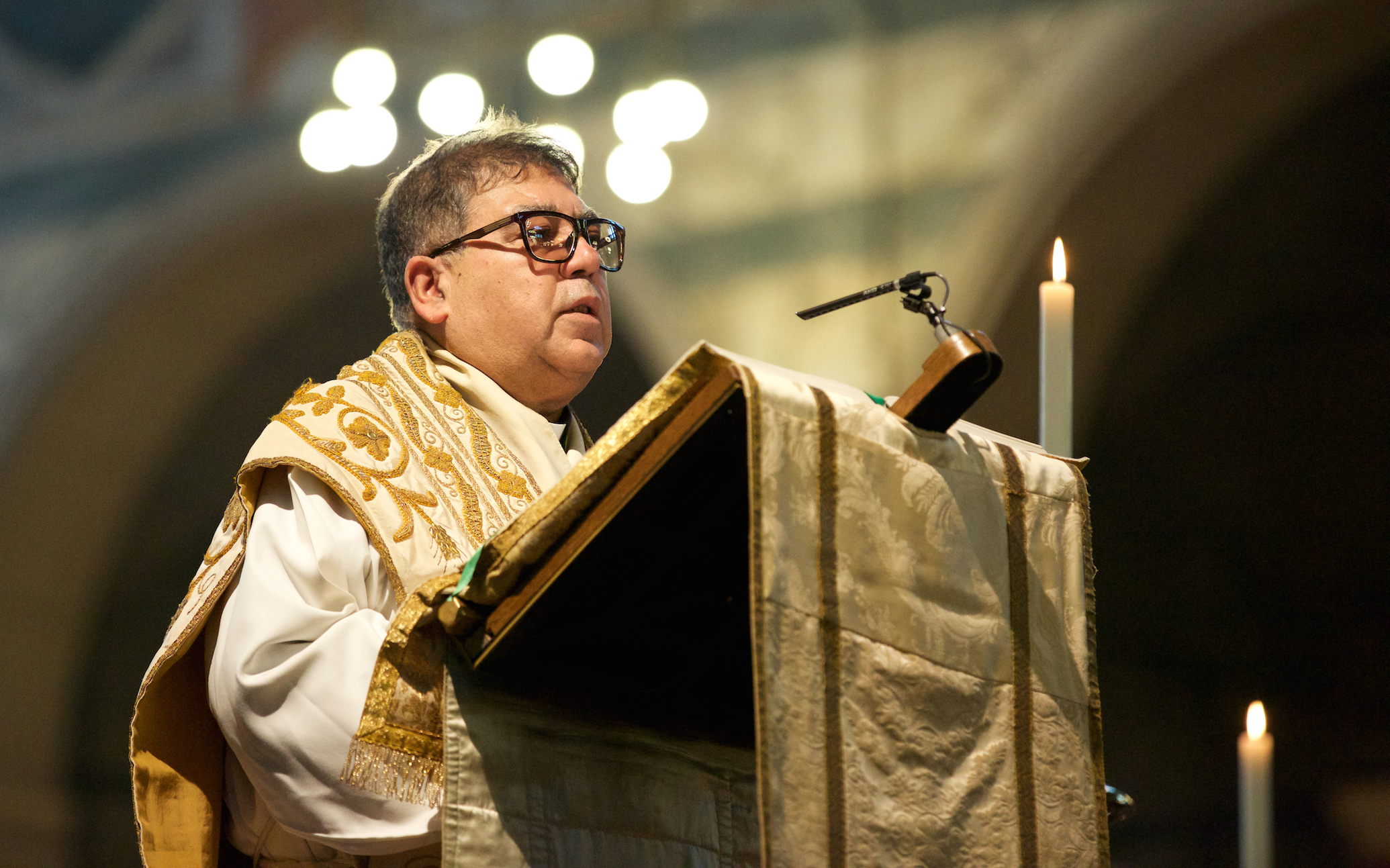 He said: “I have a message for you from Asia Bibi, asking you to pray. She has been in solitary confinement for 10 years but she is strong in her faith and she wants you to pray for her release.”

The ACN day – led by the charity’s UK national director Neville Kyrke-Smith – continued in the cathedral hall where the first speaker, Coptic Orthodox Archbishop Angaelos of London, described the importance of the Middle East’s Christian community and the suffering the faithful have endured. 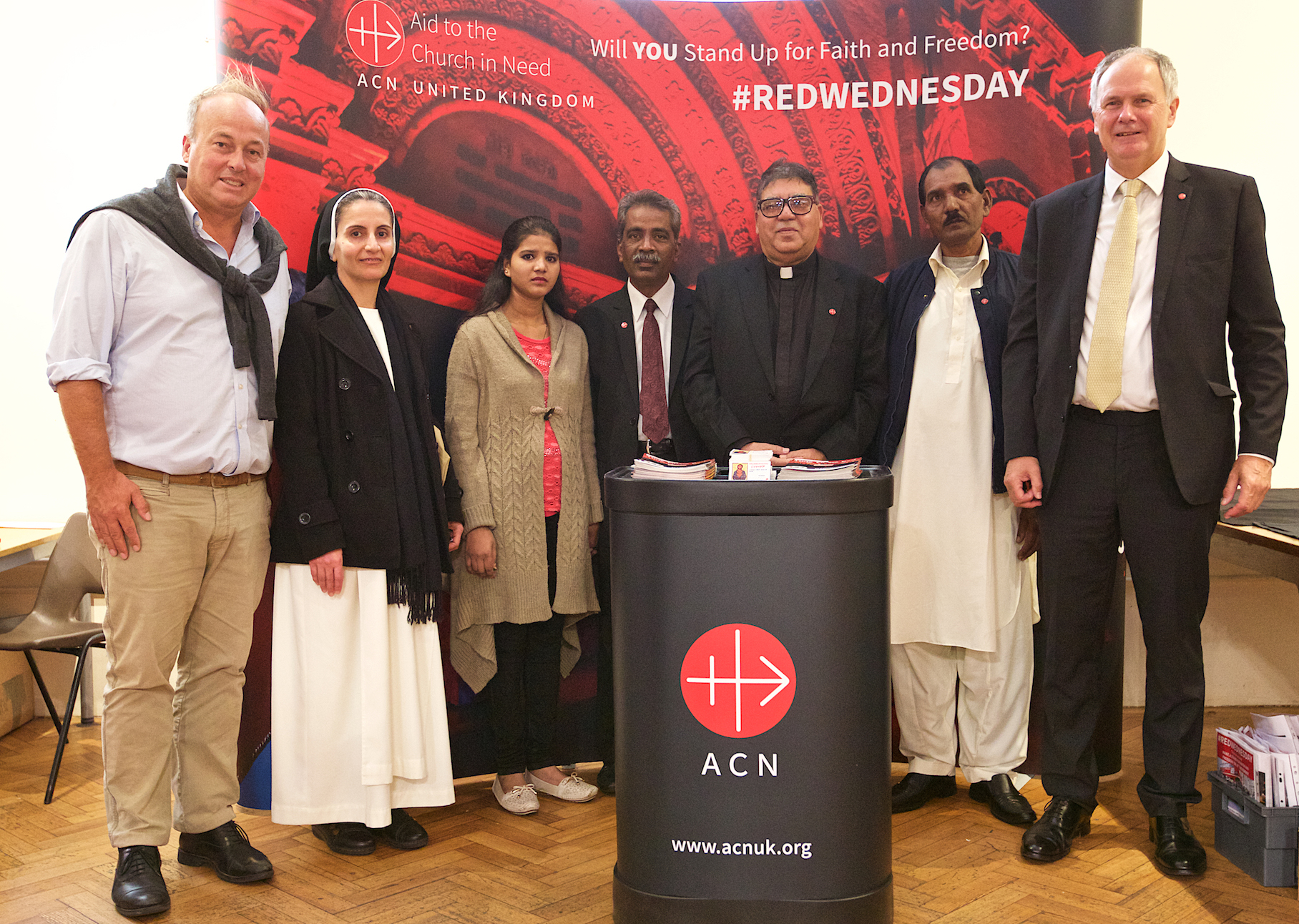 Iraq’s Sister Luma Khudher described the night in 2014 when she fled Nineveh as Daesh (ISIS) invaded and ACN’s work rebuilding communities since the extremists were forced out.

BBC religion correspondent Martin Bashir highlighted the injustices suffered by Christians in Egypt, Nigeria as well as Pakistan, citing fatal attacks on faithful within the past three years.

Describing a recent visit to Syria, ACN’s John Pontifex highlighted the charity’s pastoral and emergency work in the devastated country.

“Stand up for faith and freedom” 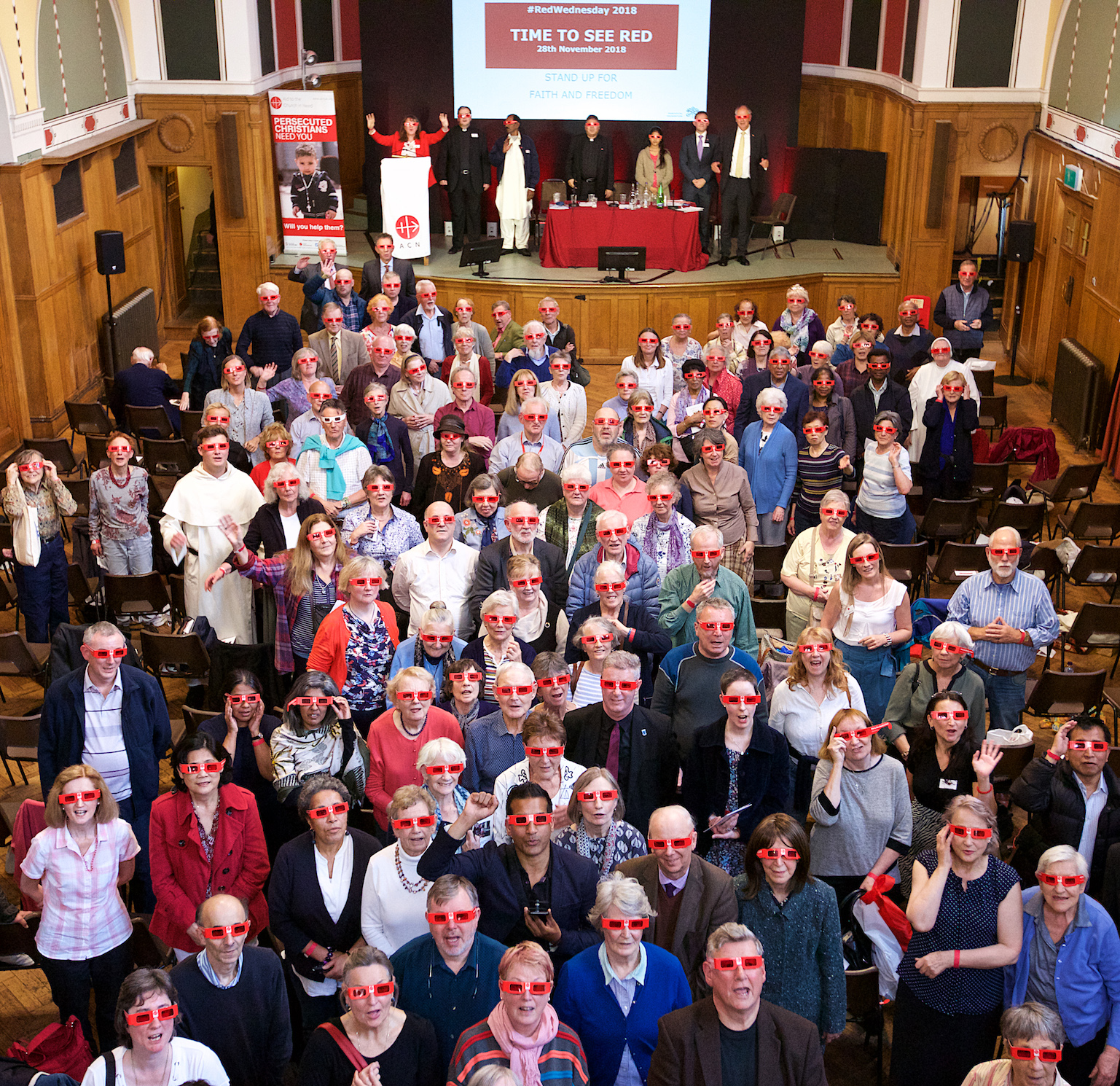 The day finished with a promotion of #RedWednesday on 28th November, with ACN’s Patricia Hatton describing how people can get involved, floodlighting churches red, and other initiatives to “Stand up for faith and freedom”.