Money from the sale of a Lamborghini donated by the Pope will help Iraqi Christians forced from their homes by jihadist group Daesh (ISIS).

Pope Francis and ACN are helping displaced Christian families in Iraq rebuild their lives, including a parish nursery school and multi-purpose centre in Bashiqa village

Catholic charity Aid to the Church in Need received €200,000 (more than £170,000) to help displaced Christian families on the Nineveh Plains rebuild their villages from the sale of a custom-built Lamborghini given to Pope Francis.

ACN will use the money from the sale of the Huracán Coupé to fund the reconstruction of two Syriac Catholic buildings destroyed during the fighting – a parish nursery school and multi-purpose centre in Bashiqa village, 18 miles (30 km) from Mosul.

The village was badly damaged during the conflict, but 405 of the 580 homes that were destroyed have been rebuilt and around 50 percent of the Christians (1,585 people) have returned.

The multi-purpose centre, which has capacity for more than 1,000 people, will be used for weddings and other celebrations by members of the different religious and ethnic communities in the area.

Pope Francis announced his decision to auction the white and gold car donated to him by the Italian carmaker and give part of the proceeds to ACN when he received the gift on 15th November 2017. 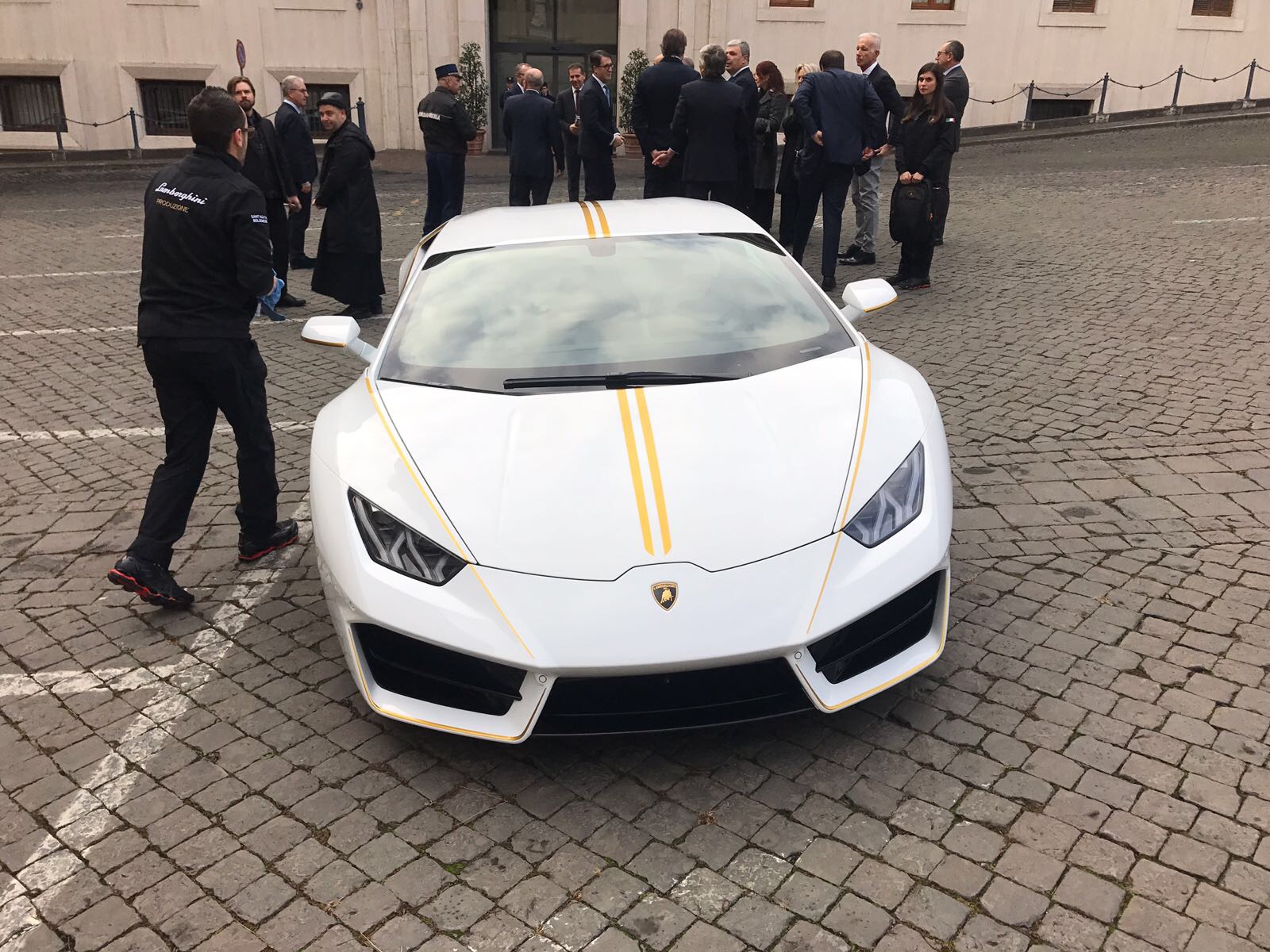 But a €715,000 final bid at a Sotheby’s auction in Monaco in May 2018 failed to materialise and the sale fell through.

To ensure money was raised for the causes the Pope wanted to support – including displaced Christians returning to their villages in Iraq – Lamborghini launched a lottery for the car, which can reach speeds of 198mph.

This is not the first time that Pope Francis has supported ACN’s work in Iraq.

In 2016 he gave €100,000 (more than £86,000) in support of Saint Joseph’s Clinic in Erbil, which provides free medical help for IDP families who had sought shelter in the Kurdish capital.

Many of the IDPs have now returned to their homes.

Since 2014 ACN has given more than €14 million (£12 million) in support of Iraqi Christians, including help to rebuild houses, churches and other buildings in Christian towns and villages.