Christians in the West have played a crucial role in reviving communities in Iraq ravaged by extremists in the ancient Nineveh Plains – according to a Church leader who has helped pioneer their resettlement in towns and villages which have been their home for thousands of years.

With latest reports stating that about half of the inhabitants have gone back to the Christian-majority town of Qaraqosh (Baghdeda), Father George Jahola said “a lot” of people were now returning there from Lebanon and Turkey as well as from Erbil and other displacement centres in Iraq.

The Syriac Catholic priest, who has led the resettlement of about 25,650 Christians back to Qaraqosh, said the support by Christians in the West for a massive house-repair project in Nineveh had been vital to the survival of the community.

In an interview with Catholic charity Aid to the Church in Need, one of the Christian organisations backing the house-repair scheme, Father Jahola said: “If it weren’t for the houses, there would already be no one left.”

With 2,187 of the 6,826 damaged houses in Qaraqosh now repaired, Father Jahola said: “We would be lost without our fellow Christians in the West.” 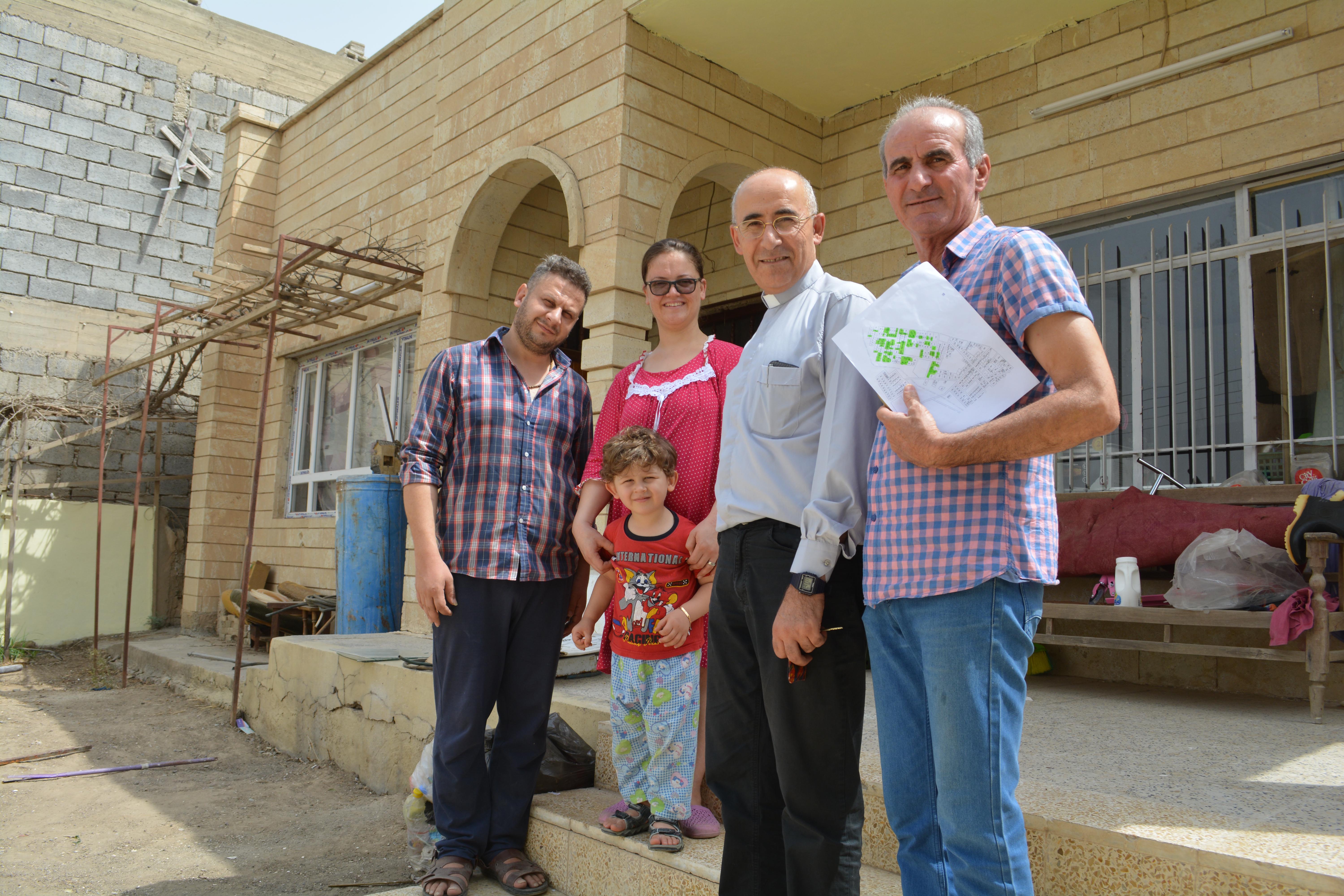 Since Daesh (ISIS) was forced out of Nineveh almost two years ago, more than 8,700 families have returned to Nineveh, according to ACN’s latest figures, with 4,300 houses now made habitable again in Christian towns and villages across the region.

Father Jahola: “The [Iraqi] government has no money and other priorities. No one shows their face here.”

Father Jahola said that, while security and jobs were vital for people looking to return to Nineveh, the importance of the house-repairs was critical.

Stressing the community’s dependence on aid from Christian organisations, he said: “The [Iraqi] government has no money and other priorities. No one shows their face here.”

Archbishop Al-Shamani: “We don’t need words… what we Christians in Iraq need is action.”

He said: “We don’t need words. I can’t even begin to tell you just how many western ambassadors and politicians I have already spoken with.

“What we Christians in Iraq need is action.” 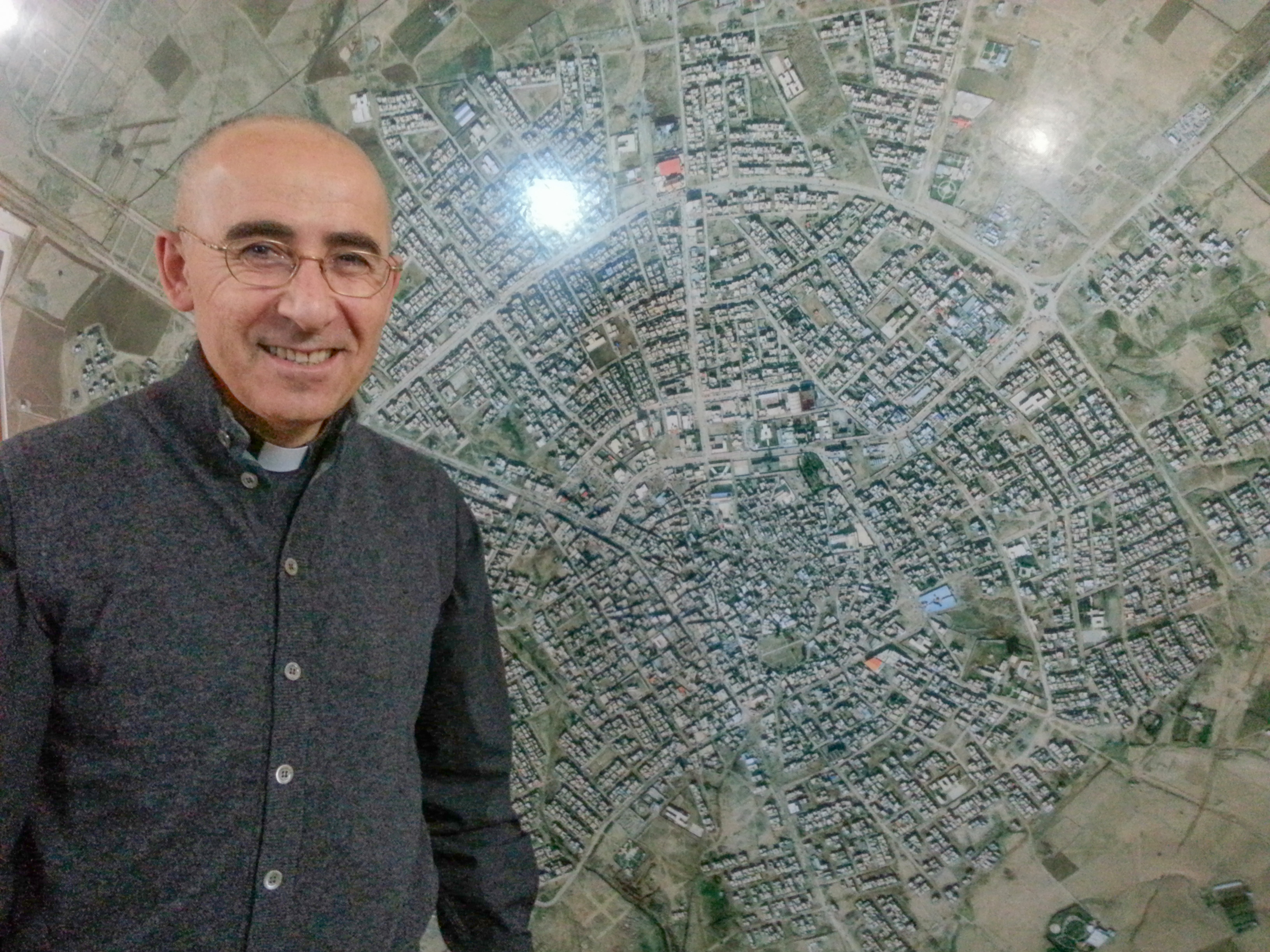 Such concerns about the lack of international aid echo comments by Stephen Rasche, the Archdiocese of Erbil’s programme coordinator for the displaced Christians from Nineveh and nearby Mosul.

Mr Rasche: “We had no help coming to us from the institutional bodies… ACN made the difference… so thank you for it.”

Speaking at Aid to the Church in Need UK’s national Westminster Event in London last October, Mr Rasche highlighted the importance of aid, saying: “I can tell you in northern Iraq, it’s everything – everything.

“Without the Christian charities – with ACN far, far in the lead – the displaced Christians of northern Iraq would not have survived these last three years.”

Mr Rasche added: “We had no help coming to us from the institutional bodies – despite whatever protestations they make… ACN made the difference… so thank you for it.”