A leading Catholic charity has been “overwhelmed” with support for its campaign encouraging devotion to the Eucharist as an act of solidarity with persecuted Christians around the world.

ACN launched its #Go2Adoration for those denied religious freedom at Adoremus

Calling on Christians across the country, Aid to the Church in Need launched its #Go2Adoration for those denied religious freedom at Adoremus – the National Eucharistic Pilgrimage and Congress.

ACN UK head of press John Pontifex and Marie Fahy, the charity’s schools and youth officer, presented the campaign in front of more than 6,000 faithful in Liverpool’s Echo Arena, where attendees described ACN’s #Go2Mass video as “inspiring” and “powerful”.

Marie Fahy said that since the congress, on the weekend of 7th-9th September, more than 150 schools and parishes had signed up to the campaign and that ACN has had to order a second print-run of its #Go2Adoration prayer cards depicting victims of persecution.

She added: “Since the congress we have been overwhelmed by the responses from laity and clergy alike – people wanting prayer cards, and resources and speakers for their parishes, schools and colleges.

“Some schools have asked for a prayer card for every pupil.” 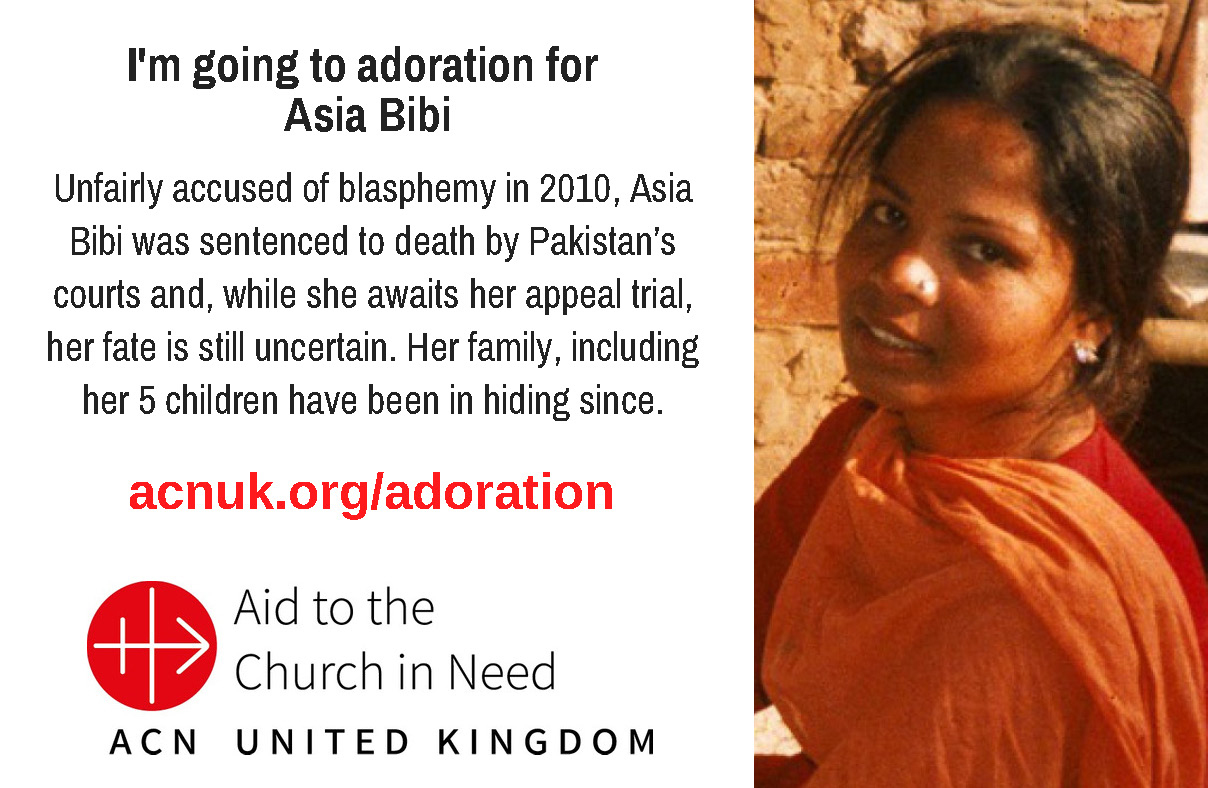 Marie Fahy said: “It was a privilege for the charity to launch its ‘#Go2Adoration for someone who can’t’ campaign at the congress adding to the prayerful sacrifice ACN benefactors and others are making to #Go2Mass for the last year.”

She added: “This call to participate in a wave of prayer for our brothers and sisters in Christ will now continue in schools, universities and parishes for the next year and beyond.

“The number of teachers, chaplains, catechists and parish representatives who have agreed to promote this call to prayer pays testament the belief that ‘prayer linked to sacrifice is the most powerful force in the world’ [Pope St John Paul II].”

Highlighting the importance of Eucharistic Adoration for Christians worldwide, Marie Fahy said: “ACN has long been aware of the Eucharist’s power to change the lives of the people we seek to help, those being persecuted for their faith.”

Describing Adoremus’s “marvellous” effect and the #Go2Adoration campaign, Caroline Hull, ACN’s North-West Manager said: “ACN supporters old and new took up our challenge to attend Mass or Adoration for someone who cannot.”

Referring to ACN’s participation at the event, a Religious Education teacher from Birmingham stated how she “was profoundly struck by the work which ACN do, and thought it would be fantastic if we could incorporate #Go2Adoration into our school life”.

A London college lay chaplain also wrote of the “amazing Congress”, noting: “Congratulations to Marie Fahy and John Pontifex for an excellent presentation at Adoremus… I think the campaign in general and the [#Go2Adoration prayer] cards in particular, are excellent.”