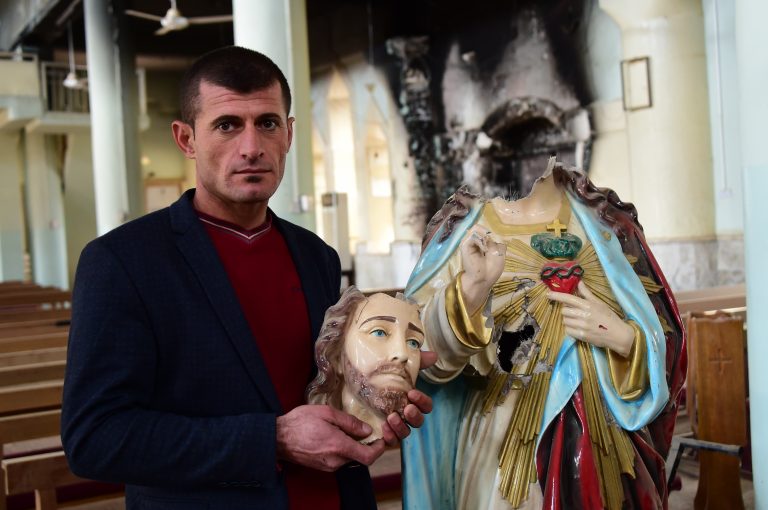 UK foreign policy must prioritise action to stem the tide of increasing persecution against Christians and other minorities around the world – according to MPs across the political divide.

Speaking during a Westminster Hall debate on the topic of persecution, Croydon South Conservative MP Chris Philp advocated the “lever” of UK overseas aid in respect of “governments… [who have] either stood by and done nothing – or in some cases – actively encouraged and facilitated the persecution”.

He noted that UK aid “goes directly to countries rather than via third-party agencies such as the United Nations or the European Union. I believe we should use the power that aid donation confers to achieve the change we want to see.”

Speaking during the debate last week, the MP said he wanted to help Christians and others by using those “levers at our disposal to influence these countries that are allowing the persecution of Christians to take place under their nose—and knowingly, deliberately and intentionally doing nothing”.

In his opening remarks, Mr Philp referred to Aid to the Church in Need’s 2017 Persecuted and Forgotten? A Report on Christians oppressed for their Faith.

Quoting from one of the report’s case studies, Mr Philp highlighted an incident in which Nigerian woman Dorkas Zakka was one of 12 people killed by militant Fulani herdsmen at an Easter Vigil Mass in Asso village, northern Nigeria.

Citing examples of Christian persecution in Egypt, Sudan, Eritrea, Pakistan, India, Iraq and North Korea, Mr Philp said: “[W]hatever efforts are being made at the moment, worldwide they are not enough… the problem of Christians being persecuted is getting worse, not better.”

He added: “We cannot stand by – we cannot walk by on the other side. We must take action… Religious freedom is a fundamental human right.”

Fellow Conservative MP Jeremy Lefroy said: “[W]e need to expect the Department for International Development to take far more account of the work that Christian and other faith-based organisations do. It does not take enough account of the strength of the work that those organisations do in development on behalf of the people of that country”. He added that DFID “cannot be a religion-free zone.”

Mr Philp said: “Christian charities and organisations often show enormous courage in going into areas where Governments and the UN fear to tread, and they do work protecting Christians who are not being protected by anybody else… I hope the Minister will specifically reply to it in his remarks.”

“The UK Government must put the protection of human rights, including freedom of religion or belief, at the heart of their foreign policy and use all diplomatic means available to ensure adherence to international law.”

Labour MP Tanmanjeet Singh Dhesi said: “The UK Government must put the protection of human rights, including freedom of religion or belief, at the heart of their foreign policy and use all diplomatic means available to ensure adherence to international law.”

Minister for Asia and the Pacific Mark Field accepted those stated examples of the persecution of Christians overseas. He described religious freedom as a “bellwether” of broader individual rights. The minister also referred to “research conducted in recent years by reputable organisations that shows that the persecution of Christians is on the rise”. The Minister added that religious persecution included churches and other places of worship in many countries being closed and – at times – destroyed.

He also described fearful displaced religious minorities being discriminated against, as well as instances of Christians and others being subjected to attacks by mobs and by their nation State. “No Government who stands by and allows this persecution should receive a single penny of aid.”

Although welcoming the Minister’s remarks on overseas aid, Mr Philp said: “[I] would go a little further… no Government who stands by and allows this persecution to happen should receive a single penny of aid from the UK taxpayer.”

The MP added: “Religious freedom, whether it is for Christians or any other group, is of fundamental importance. It is a fundamental human right and a mark of our civilisation as a country and as a world.”

Mr Philp plans to organise a full day’s Backbench Business debate at Westminster Parliament in the near future.