Ever since 1948 an on-off conflict has been dragging on in the state of Balochistan between the Pakistani government and rebel groups fighting for autonomy of the province, which lies in the southwest of the country. Baloch rebels are demanding an independent Balochistan, and are supported in this by the Taliban in neighbouring Afghanistan. Ordinary people are living in constant fear, and in some areas every building has a separate rear exit as a means of escape.

The largest province in Pakistan, with an area of around 136,000 square miles (347,188 km²), Balochistan is almost the size of Germany and covers almost half of Pakistan‘s entire territory. At the same time, however, Balochistan is the most sparsely populated province in the country, with just 8 million people. Some 30,000 of these are Catholics, half of whom live in the provincial capital Quetta, while the rest are thinly scattered across the entire region. 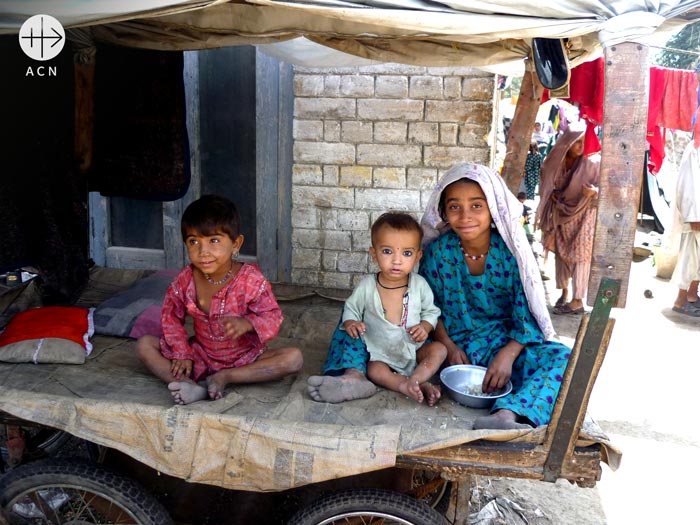 In Quetta itself there are numerous checkpoints, and in many areas of the city you can only travel with a special permit, which has to be requested several days in advance. Even the bishop cannot travel everywhere freely and is subject to constant police checks. His cathedral, dedicated to Our Lady of the Rosary, is situated in the same area as an army barracks, which means that a special permit is required to enter it. As a result, many of the Catholic faithful cannot even get there for Holy Mass. Even Bishop Victor Gnanapragasam himself requires a special permit in order to gain access to his own cathedral and has to ring up the authorities in advance every time and request permission. And he is again and again stopped and searched by the security forces at the checkpoints.

For the priests, none of whom belong to the Baloch ethnic group, the situation is getting more and more difficult. Previously they could travel anywhere, but today the area within which they can move freely is becoming ever smaller. On account of the fighting between the rebels and the government, many places are completely off-limits. As soon as the fighting stops, we endeavour to visit our Catholic faithful“, says the bishop. „In doing so, however, we risk being killed by landmines and rocket propelled grenades. It saddens us greatly that we cannot visit the people more frequently.“But part of the reason why the priests cannot regularly visit many places is also down to the vast distances. The fact that many of the Catholic faithful live scattered right across the vast area of the province in very small communities is a major headache for them. In one town maybe three families, in another just one, in another perhaps four. Hence it is extremely hard to establish any kind of regular Church life here. Some Christian communities live as much as 800 or even 1000 km from Quetta, which of course means that every journey is very expensive too.

Consequently, the Mass offerings you give us are a huge help for the bishop and his five priests in Quetta. We were able to send them Mass stipends to a total value of 10,100 Euros. All these Mass will be celebrated for the intentions of our kind benefactors, while the offerings you have made will help them carry out their priestly ministry in these difficult and dangerous circumstances.