Abducted during Covid-19 lockdown close to her home in Pakistan, life for Maira Shahbaz, aged 14, suddenly turned upside down:

They threatened to murder my whole family. They have also shown me my naked video and pictures which they have taken on their mobile while raping me.

—Maira Shahbaz, 14, in a statement to the police 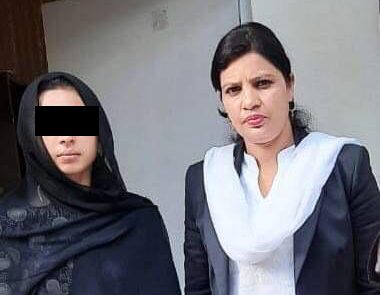 Christian girl Maira was bundled into a car at gunpoint on 28th April 2020 in Medina Town, Faisalabad, Pakistan at the age of 14. Maira alleged that Mr Mohamed Nakash, the man who abducted her, raped her, forced her to convert to Islam and marry him.

Her story has featured multiple court cases in Pakistan, a dramatic nighttime escape from Mr Nakash’s home, international headlines and a campaign for Maira to be granted asylum to the UK that has led to discussions at the highest levels of government.

A full timeline is below.