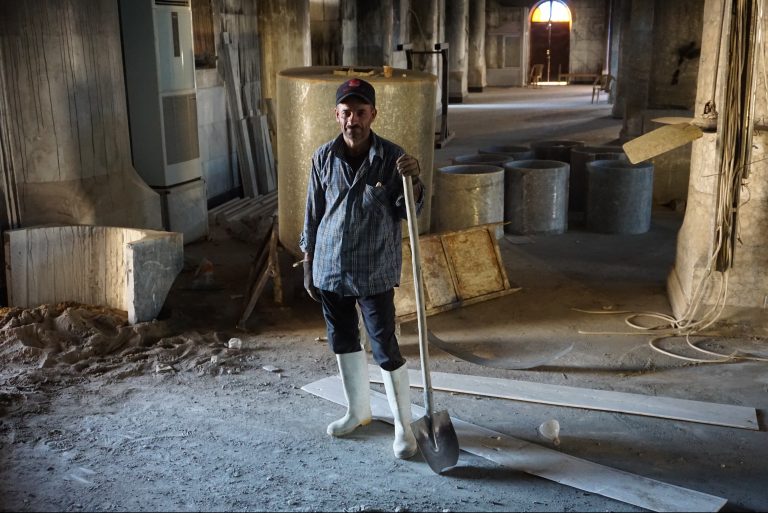 When I met Archbishop Bashar Warda of Erbil – who oversaw the care of Christian families who were driven from their homes by Daesh (ISIS) – he told me the good news: “Some 8,000 families have returned to the Nineveh Plains… There is much still to do, but Aid to the Church in Need made it possible to reconstruct many homes – especially in Qaraqosh.”

Qaraqosh – which before it fell to extremists from Daesh (ISIS) was the last Christian-majority town in Iraq – has seen 1,500 homes rebuilt, and 25,650 Christians, just over 46 per cent of its pre-exile population, have been able to return home. As you’ll read we have also helped the Dominican Sisters, who are carrying out essential pastoral work in the town, to rebuild their
convent. On the evening of All Saints’ Day we joined with Qaraqosh’s Syriac Catholics for Benediction followed by Mass in a burnt- out church. To join in prayer with these living saints who have gone through so much suffering was something I’ll never forget. 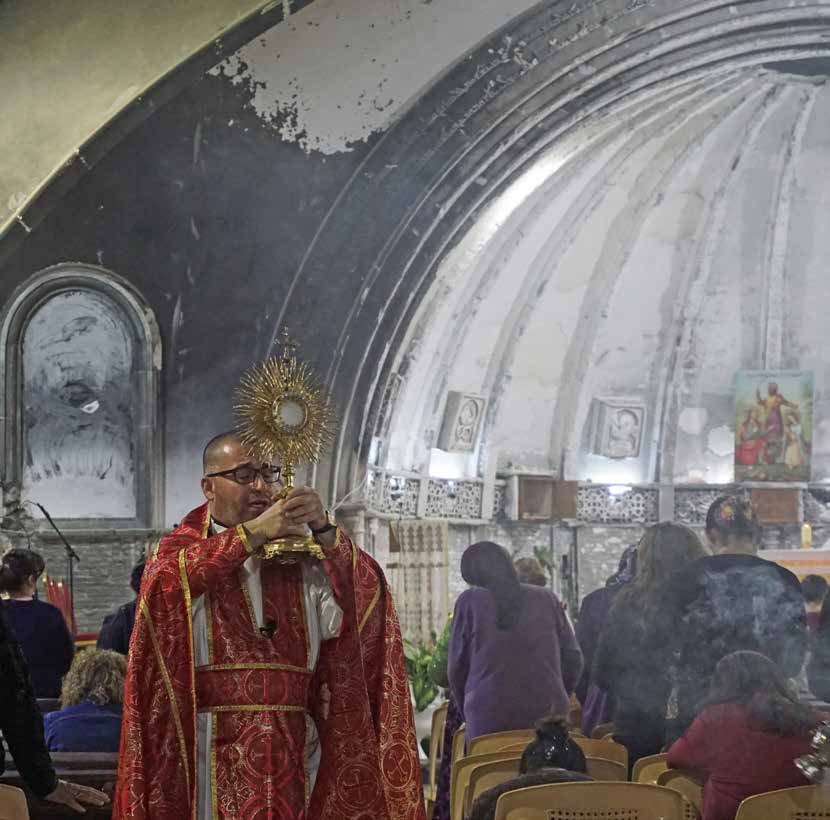 In one of the Christian villages being rebuilt nearby we met Fr Daniel who told us: “Thank you for your support – with the help in the reconstruction of our houses and when we were in exile. We have achieved big steps to the future – but please don’t leave us halfway. May God give you his grace and blessing.” 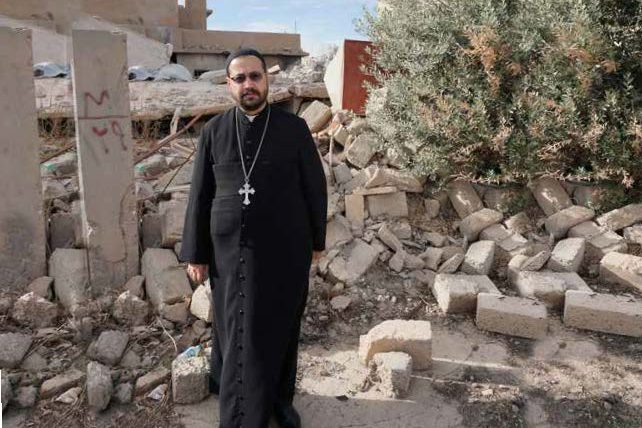 In Bartella, Fr Yacoub told me “The people lost everything they had, but they did not lose their faith. They come more and more to church and are more fervent than ever before. Nowadays our families trust in the Church only – not the government, not anything else” 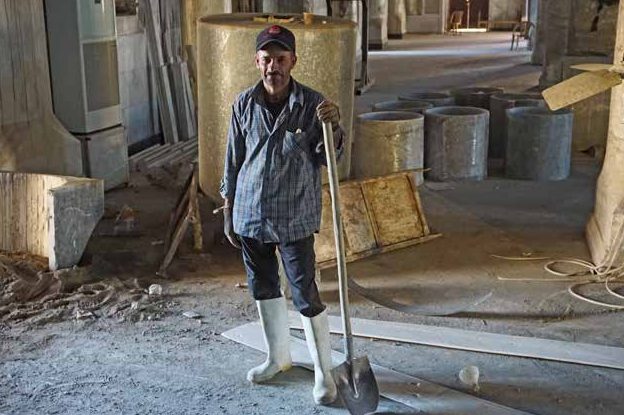 We visited the biggest church in Iraq, the Immaculate Conception, Qaraqosh. It had been devastated, statues smashed and murals shot at, before Daesh torched it. We said a prayer there in the burnt-out hulk of the nave of the church – but restoration is underway.

Reopening the House of God

I stood at the tomb of Fr Ragheed Ganni, who was shot dead in Mosul on 3rd June 2007 – showing that the suffering of Iraq’s Christians predates Daesh (ISIS). His final words before he was executed – along with three deacons – were: “How can I close the doors of the House of God?” Daesh devastated the House of God where Fr Ganni’s tomb was when they seized Karamles. But now they have been driven out, the church is open once more.

“The unique presence of Christians here is to bring the light of Christ – we have been here since the 1st century” Thabet, parish priest.

Putting flesh on the bones

In Qaraqosh I visited the Dominican Sisters of St Catherine of Siena. When Sr Luma returned to the ruined convent after Daesh (ISIS) were driven out in late 2017, she said she recalled the image of the Valley of the Dry Bones from Ezekiel 37. Will there be new life? “Can these bones live?” And her prayerful reply was: “O Lord God, thou knowest.”
The Sisters’ work is helping to revive Qaraqosh, which before it fell to Daesh in 2014 was the last Christian majority town left in the whole of Iraq. Yet it is a town haunted by Daesh’s occupation the formation house opposite the convent was used by Daesh to rape and torture Yazidi women. Sr Nazik told me: “The only thing we want to do is to be with the people. We lost homes, we lost everything but we have the people.”
ACN gave the Sisters £88,000 (€100,000) to help restore their convent – and it is only through your kind generosity that we have been able to assist the Sisters – and through them aid the people of Qaraqosh. In a message really meant for you, our benefactors, Sr Marie Therese told me: “Everything we do is down to people of good will like you – thank you.” 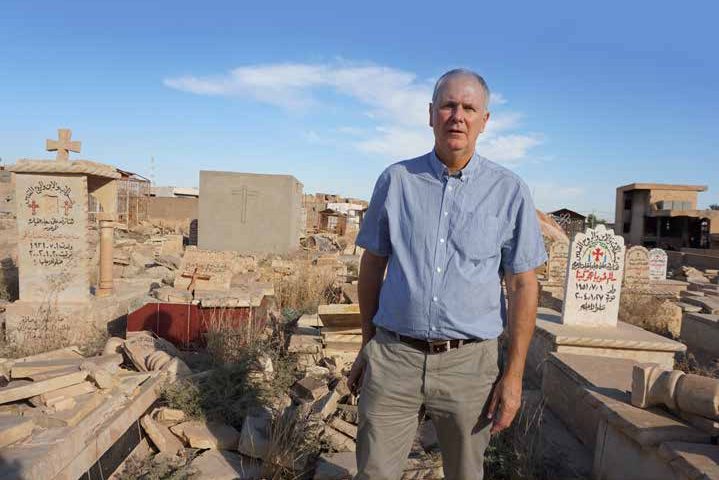 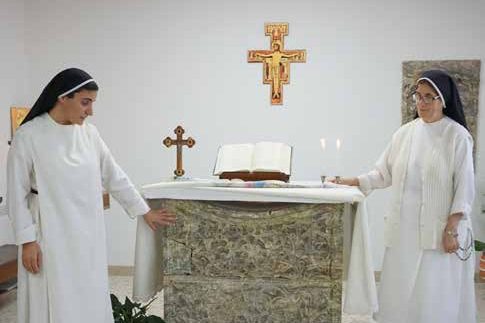 ACN helped the Sisters rebuild the altar and chapel after Daesh destroyed it.

When I arrived in Karamles, I asked where Gazella was living. I first met the 84-year-old grandmother in a camp in Kurdish Iraq’s capital Erbil, where thousands of Christians, and a small number of Yazidis and others, were cared for by the Church after Daesh (ISIS) drove them from their homes. And it was only through your generous love that Aid to the Church in Need could help the Church’s work supporting thousands of refugees in Erbil.

After Daesh seized Karamles in 2014, Gazella and the dozen or so elderly or infirm Christians left in the village were herded to St Barbara’s shrine on its outskirts and ordered to convert. She heroically replied: “We believe that if we show love and kindness, forgiveness and mercy we can bring about the kingdom of God on earth as well as in heaven… If you want to kill us for our faith then we are prepared to die here and now” – and by a miracle Daesh let the Christians go.
Gazella has now returned home. In her small home she retold the story of how she had told Daesh that she would never convert to Islam, adding: “We are living with the faith – without faith we can’t go on.” 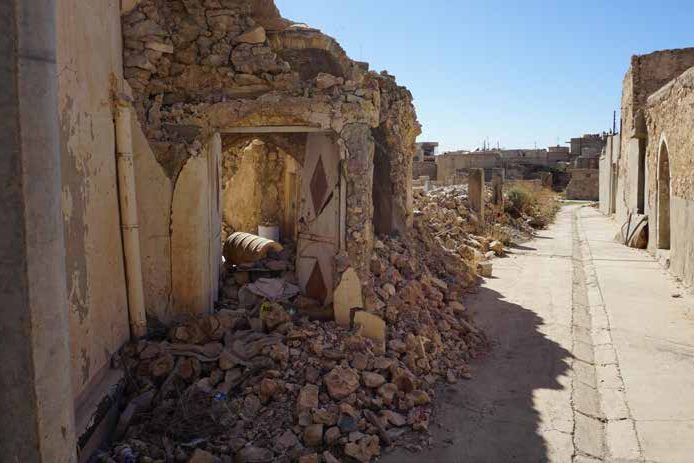 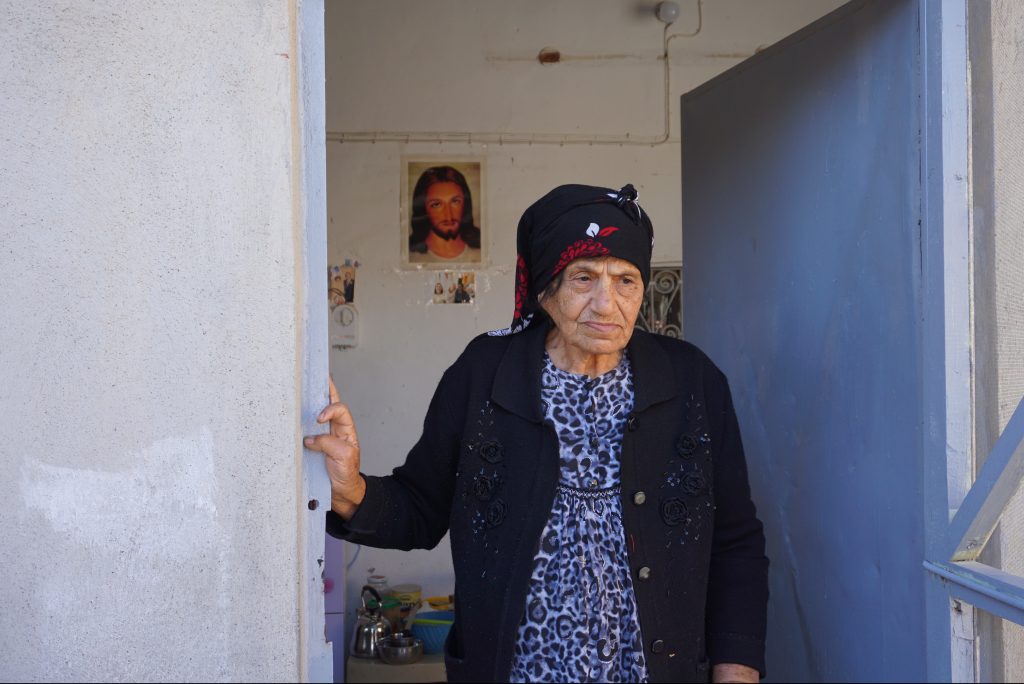 Gazella has now been able to return home.