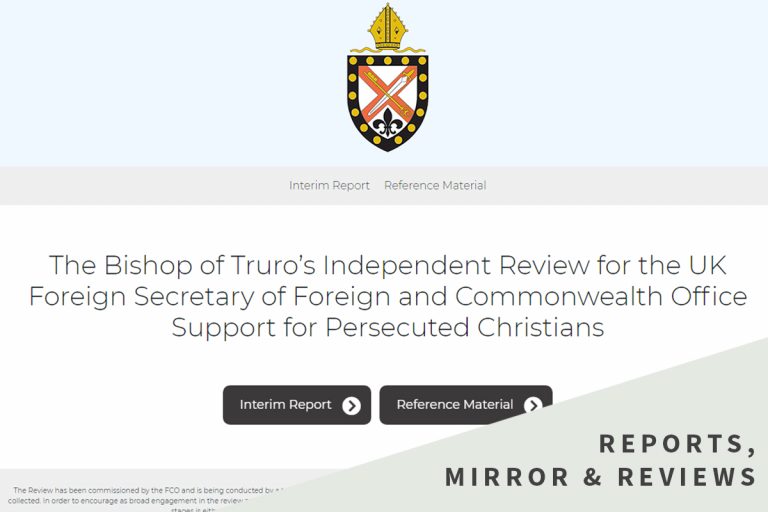 The Anglican Bishop leading an independent review into Foreign and Commonwealth Office (FCO) support for persecuted Christians has described being shocked by the scale of problem being unearthed by the report.

Bishop Philip Mounstephen of Truro, who was asked by Foreign Secretary Jeremy Hunt to lead the independent review, said: “Through my previous experience of the global church in Asia and Africa I was aware of the terrible reality of persecution, but to be honest in preparing this report I’ve been truly shocked by the severity, scale and scope of the problem.”

According to the interim report of the independent review into Foreign and Commonwealth Office support for persecuted Christians worldwide, which was published today (Friday 3rd May 2019), one third of the world’s population suffers from religious persecution in some form, with Christians being the most persecuted group.

The interim report was intended to map the nature and extent of the problem.